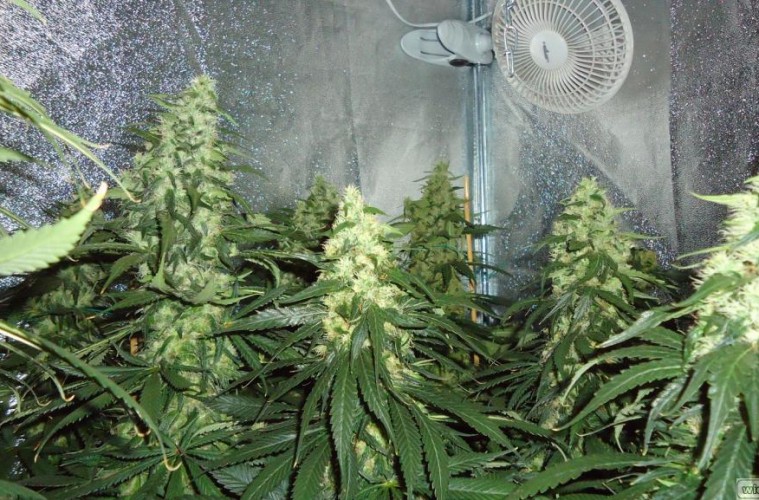 A Mexican man who paid his debt to smugglers by guarding a clandestine marijuana farm hidden in the San Isabel National Forest has been sentenced to one year in federal prison.

U.S. District Court Judge R. Brooke Jackson gave Celso Estrada-Cabrera, 20, credit for eight months he already served in jail while awaiting his sentence. He therefore has only four months left to serve before his deportation.

“I could put you in prison for 20 years,” Jackson told Estrada-Cabrera during the sentencing hearing Wednesday in Denver. “These are serious charges…If you return to the U.S. and come before me I will max you out.”

Estrada-Cabrera, wearing a brown prison T-shirt and tan pants, spoke to Jackson through a translator. He apologized for breaking the law but added that when he originally sneaked into the U.S. it was not his intention to grow marijuana.

“I want to see my daughter who I have never met yet,” Estrada-Cabrera said.

The defendant was arrested in October after forest rangers spotted uniform rows of crops in a wild area of the forest using Google Earth images. Forest service agents went to the area and discovered an elaborate marijuana grow operation on two acres of federal land in which brush was cleared and numerous tree limbs were cut.

An irrigation system with black pipes brought water to the plants, according to federal court records. Farmers, who had been living in tents, used herbicides and pesticides on the plants and had surrounded the pot field with piles of twigs and brambles to conceal the area.

Federal agents set up video cameras and recorded several workers tending the marijuana crops including Estrada-Cabrera and another co-conspirator, according to court records. Several other people escaped. Estrada-Cabrera was wearing camouflaged clothing when he was arrested. Agents confiscated more than 1,000 marijuana plants that had either been harvested already or were still growing.

Estrada-Cabrera told Jackson that the “coyotes” who brought him into the U.S. in a van forced him to work at the marijuana grow operation to pay his smuggling debt. The organizers of the illegal grow operation are American. They have not been captured.

“I did this with the hopes of being able to provide for my family,” Estrada-Cabrera said.