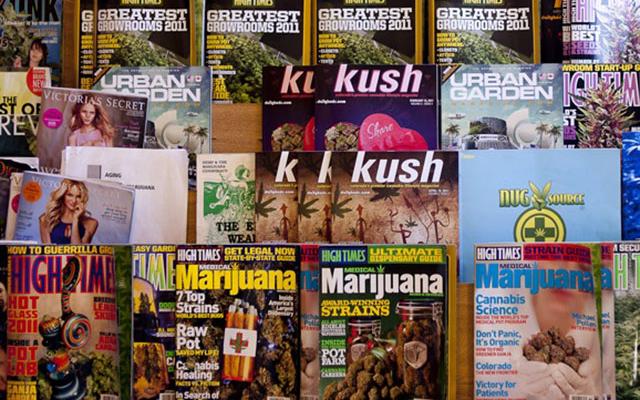 The marijuana advocacy super group made up of Legalize Maine and the Marijuana Policy Project (MPP) has given way to a hypocritical ballot measure that stands to violate the U.S Constitution and the integrity of the marijuana legalization movement across the United States.

When the two groups joined forces last October in order to ensure their competing initiatives did not get in the way of legalization, the merger happened without removing a rule that would restrict access to pot publications.

While the organization’s “Marijuana Legalization Act,” which was recently approved for the November ballot, seeks to legalize weed in a manner that would allow adults 21 or over to buy pot similar to how they buy beer, the initiative contains some offensive language that would put marijuana magazines in the back rooms of book stores, away from public view.

“A magazine whose primary focus is marijuana or marijuana businesses may be sold only in a retail marijuana store or behind the counter in an establishment where persons under 21 years of age are present,” the initiative reads.

However, the provision has already been deemed unconstitutional.

In 2013, after Colorado lawmakers passed a bill in an effort to force marijuana publications to be kept out of the reach of readers under the age of 21, then Colorado Attorney General John Suthers rose up in defense of pot journalism by arguing the law was a clear violation of the of the First Amendment.

“No magazine whose primary focus is marijuana or marijuana businesses is required to be sold only in retail marijuana stores or behind the counter in establishments where persons under 21 years of age are present, because such a requirement would violate the United States Constitution, the Colorado Constitution, and section 24-4-103(4)(a.5)(IV), C.R.S,” according to the Colorado AG’s office.

Strangely, some of the same marijuana reform advocates behind Maine’s attempt to bring down prohibition came forward after the ruling to applaud Suthers for his role in axing the restrictions on marijuana publications when magazines promoting similar intoxicating influences remained unscathed.

“We applaud the Attorney General’s decision to declare as unconstitutional this absurd rule that marijuana-related publications be treated like pornographic material,” said Mason Tvert, director of communications for the Marijuana Policy Project. “The idea that stores can prominently display magazines touting the joys of drinking wine and smoking cigars, yet banish those that discuss a far safer substance to behind the counter, is absolutely absurd. The fact that legislators passed this rule despite being informed it is a gross violation of the U.S. Constitution demonstrates the bigotry that still exists with regard to marijuana. It is time for our elected leaders to get over their reefer madness and recognize that a majority of Coloradans—and a majority of Americans—think marijuana should be legal for adults.”

Yet, while the MPP’s attitude in regard to this issue made perfect sense three years ago, the group’s intermingling with Legalize Maine has allowed a drastic shift in their position.

In a recent interview with the Bangor Daily News, David Boyer, local campaign manager for the organization, defended the anti-pot publication rule by arguing that it “attempts to strike a balance” between freedom and the standards of the community. The group’s rationalization is that if the MPP promises to keep marijuana magazines out of reach from the average person, it might persuade those worried about how legalization will affect the younger generation to cast a favorable vote in November.

“The community has the opportunity to approve it,” Boyer said, “and if members of the community wish to challenge a particular provision within it, they will have that right, just as they would with any other law.”

The good news is that this desperate attempt at securing more pro-marijuana votes through the demonization of the very publications that have supported pot reform for decades is completely “unenforceable,” according to legal experts. Similar to what happened in Colorado, the rule is destined to be challenged and ruled unconstitutional—leading to state officials turning a blind eye when it comes to enforcing the law.