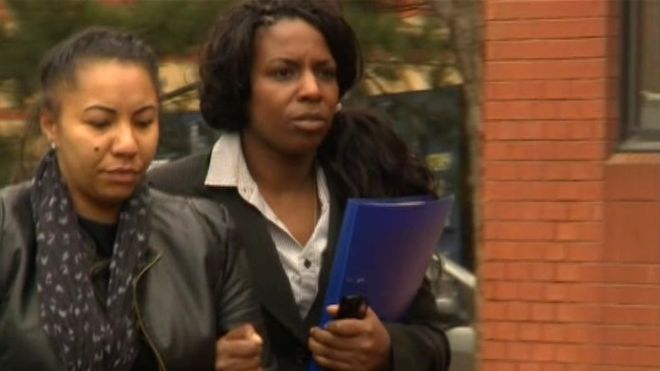 A mother who smoked cannabis before killing her daughter and her son’s girlfriend in a car crash has been jailed.

Anastasia James, 37, smoked the drug before the crash on the M1 in Leicestershire in January 2014. Her daughter, Destiny James-Keeling, 14, and Megan Marchant, 18, died when the car left the road and hit a tree.

James, from Braunstone, was given a two-year sentence for each life lost, to run concurrently. She was convicted by a jury of two counts of causing death by careless driving when unfit through drugs.

The court heard she had been at a child’s birthday party in Islington, north London, before she took the “unforgivable” decision to smoke cannabis – which she did either before setting off or during the journey back to Leicester.

Forensic scientist David Berry told the jury traces of cannabis found in James’s blood would have probably “impaired” the motorist.

James – who had stitches for a head wound after the crash – had denied smoking anything on the day of the collision and blamed her car.

Megan’s mother Vicki Marchant said in a victim impact statement, read out at Leicester Crown Court: “Megan was a unique young lady who should have had many years ahead of her.

“She had dreams and ambitions to fulfil, but sadly she will not be able to do this, through no fault of her own.

“We have been given a life sentence of grief, torture, and longing for our Megan to walk through the door and be home with us again.”