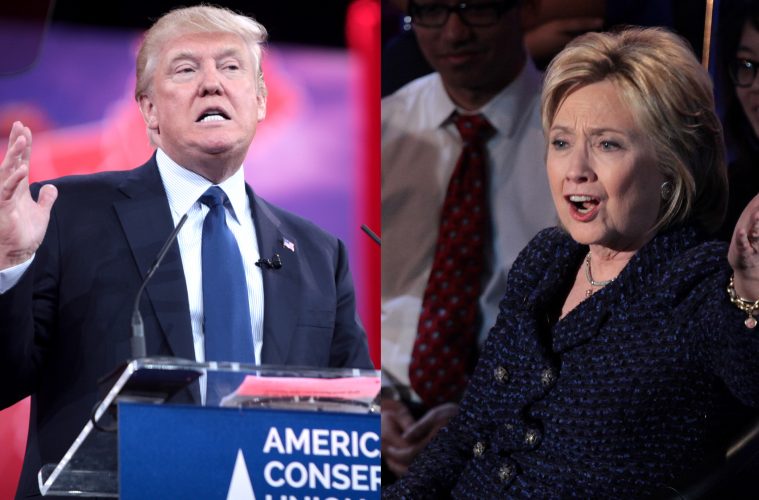 We live in a time of political acrimony, a moment when both candidates for president are loathed by large chunks of the public and our elections have come to feel like quadrennial skirmishes in a cultural civil war.

But you know what voters are starting to agree on? Weed. Gallup reports today that 60 percent of Americans now say they favor legalizing marijuana, a new high since the pollster started asking about the topic 47 years ago. To put that in perspective, Hillary Clinton has an average favorability rating of just 43.8 percent, according to HuffPost Pollster. Donald Trump clocks in at a mere 34.7 percent. Even President Obama, who has enjoyed a late-term spike in popularity as America has pondered his potential replacements, only enjoys about 54 percent favorability—meaning pot is more popular than POTUS and his would-be successors.

In theory, at least. As ace Washington Post weed analyst Christopher Ingrahampoints out, the actual marijuana legalization initiatives on the ballot in several states this year aren’t quiiiite hitting the 60 percent support mark seen in national polls. In royal blue Massachusetts, where you might expect support to be higher than the national average, 55 percent of voters say they’ll vote to make recreational weed legal. “This is because there’s a significant difference between support for marijuana legalization in the abstract, and support for a concrete ballot measure with a lot of nuts-and-bolts proposals for how marijuana legalization would be regulated and enforced,” Ingraham writes. “A voter might support the idea of marijuana being legal, for instance, but not like a law that could lead to an actual marijuana shop in their neighborhood.”

So the details and logistics involved in legalization matter. But Americans are increasingly comfy with the broad concept. And if California votes as expected this November to join Washington State and Oregon and by legalizing marijuana, we may have to rename the West Coast ganja alley. My best guess is that federal legalization turns into an issue akin to allowing gays and lesbians to serve openly in the military, where after a series of unsatisfactory intermediate steps, Washington finally pulls the trigger once the idea has become so overwhelmingly popular it would be silly not to move on it. Give it eight years.