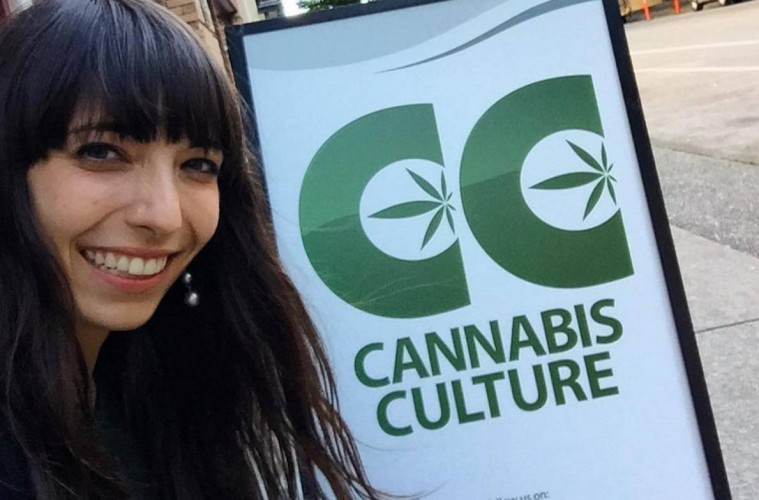 “Cannabis Culture is growing!” she wrote in a message that runs alongside the photograph. “Our activist-owned @CannabisCulture business is proud to announce the launch of our very first dispensary! Come visit us at 512 Beatty Street, just a 4-minute walk through the park from @cannabisculturestore at 307 W. Hastings – and conveniently steps away from the Stadium-Chinatown Skytrain station!”

The post goes on to frame the store’s opening in the context of prohibition.

“We want to demonstrate what legalization should look like, and I’m eager to be able to do more to help the movement & push for more freedom and fair cannabis access,” it reads. “Stay tuned for more exciting news in the weeks ahead!”

Since 2012, the number of dispensaries selling marijuana has ballooned from less than a dozen to more than 100 in 2016. During that time, the Emerys sat on the industry’s sidelines. That changed today.

It’s noteworthy that Emery made the announcement on April 29. That’s the date that the City of Vancouver had given for all illicit dispensaries to finally close their doors or face fines and other punitive measures.

As the Straight reported earlier this week, the city estimates that there are about 80 storefronts selling cannabis that will be affected by the order to cease operations.

The deadline is the latest step in a regulatory process that began when Vancouver adopted a legal framework for marijuana businesses in June 2015.

According to the city, 20 dispensaries are moving through that process. It’s estimated that about that many plus a few more will be left standing after the illicit shops are finally forced to close.

Meanwhile, Ottawa has said it plans to table legislation to legalize recreational marijuana in the spring of 2017.

The federal health minister’s office has emphasized that it will not decriminalize marijuana—that is, drop the criminal prohibition of simple possession—before that legalization process is complete and regulatory measures are in place to control the sales of recreational cannabis.

“Until legalization legislation is put through, the current laws and the way it is now will stay in place,” a Health Ministry spokesperson told the Straight. “So the laws and current laws around marijuana would stay and must be obeyed.”