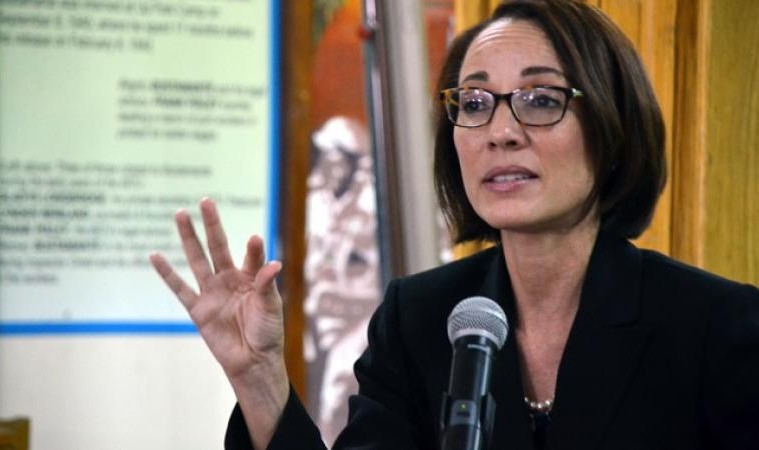 While we were all celebrating yesterday, Jamaica was telling the UN that it really doesn’t seem to know what its doing when it comes to cannabis and international law.

Their Foreign Minister Kamina Johnson-Smith was questioning why cannabis is still considered as dangerous as heroin under international treaties. She complained about how scheduling cannabis as something with no medical use is absurd and out of touch.

“We contend that the classification of cannabis under the Single Convention is an anomaly and that the medical value of a substance must be determined by science and evidence-based analysis, above other considerations,” said Johnson-Smith.

In Jamaica, she told delegates, “cannabis has been traditionally used as a folk medicine, as well as a religious sacrament by adherences to our indigenous faith, Rastafari.”

The special session on drug policy known as UNGASS, passed a document that is supposed to inform global drug policy over the years to come. The document was drafted by the UN’s commission on Narcotic Drugs in Vienna. Jamaica doesn’t have a permanent mission there, nor any other Caribbean country, so they had to fly in a delegate from Switzerland to attend negotiations.

On the document, Johnson-Smith commented:

“The document does not allow countries sufficient flexibility to design our domestic policies to fit national circumstances, including recognition of traditional uses of cannabis in our societies.”

In 2015, Jamaica decriminalised possession of cannabis and regulated its use for religious purposes by the Rastafari community.

“I think the discussion on the Jamaican case will take some time and some thinking,” said Werner Sipp, president of the International Narcotics Control Board,

The INCB is a quasi-judicial body that oversees the international drug conventions. While he said that the US and Uruguay are currently violating the conventions by allowing recreational marijuana use, he called Jamaica’s case “not as clear.”

There were further complaints that the new text still enforces the old treaty ideas that it is illegal under international criminal law to legalise for recreational use.

“We feel that is not any longer a viable position,” he said.

Until the UN has a chance to change the international treaties that govern drug laws, many smaller nations may well find it hard to enact their own drug laws in the way they see fit, without falling foul of international regulations.