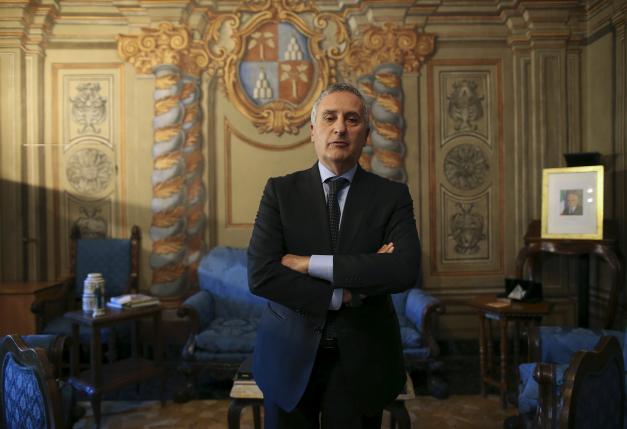 Italy’s top prosecutor has said that decriminalising cannabis would strike a blow against Islamic State militants and the Italian mafia, who are smuggling hashish together.

The main smuggling route for hash from North Africa now runs from Morocco, through north Africa, into Tobruk in Libya, currently the site of fighting by IS militants.

“Certainly IS controls the Libya route; it controls the coast along the Gulf of Sirte,” said Roberti in his frescoed office in the 17th century building that once served as the Vatican prison.

Ongoing investigations have found that organised crime, which as long controlled the drug supply in Italy are trafficking hash together with suspected terrorists.

“Decriminalisation or even legalisation would definitely be a weapon against traffickers, among whom there could be terrorists who make money off of it,” he told Reuters.

Islamic State controls just a part of the North African route, but the narcotics trade as a whole provides just under seven percent of the group’s funding, according to a report by analysis company IHS published on Monday.

Prime Minister Matteo Renzi’s government gave Roberti’s office, which has coordinated the national fight against organised crime since the early 1990s, the job of overseeing investigations into terrorism in February last year.

Since then, Roberti and his team of experienced mob prosecutors have begun to add terror cases to a national database previously dedicated only to organised crime, he said.

“International terrorism finances itself with criminal activities that are typical of the mafia, like drug trafficking, smuggling commercial goods, smuggling oil, smuggling archaeological relics and art, kidnapping for ransom, and extortion,” he said.

Facing the huge challenges of fighting people smuggling, cocaine trafficking, and international terrorism, investigators are spending too much time and energy to combat cannabis dealers, and to little effect, said Roberti.

“We spend a lot of resources uselessly. We have not succeeded in reducing cannabinoid trafficking. On the contrary, it’s increasing,” said Roberti, who has been combating the mafia for more than three decades.

“Is it worth using investigative energy to fight street sales of soft drugs?” he asks. According to the most recent government data, about 3.5 million Italians between the ages of 15-64 used cannabis in 2014.

In his book Roberti suggests that all of Europe, and not just Italy, should be considering a better use of investigative resources: “On decriminalisation (of cannabis), there should be an Italian domestic debate, but also a European one.”