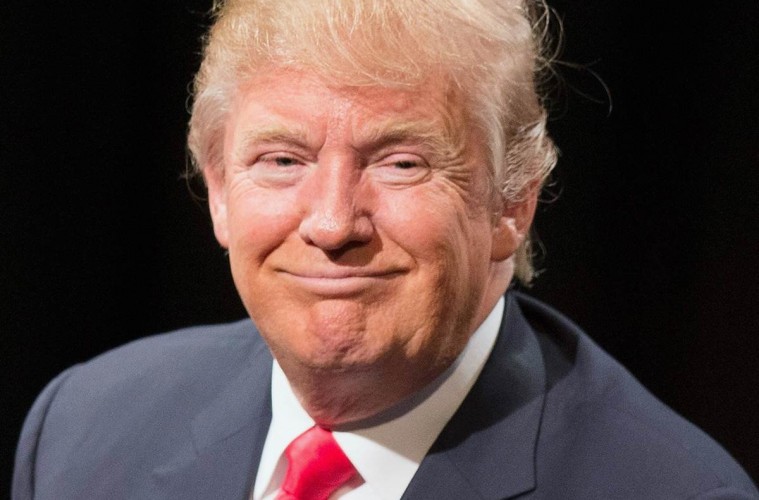 It Won’t Only Be Marijuana Activists At Trump’s Inauguration

If all goes as planned, Ethan Miller will be standing among 100 people near one of the checkpoints to enter the inauguration viewing area on Friday, loudly chanting:

“When Muslim communities are under attack, what do we do?. . . Stand up, fight back!”

“When Jewish communities are under attack, what do we do?. . . Stand up, fight back!”

“When immigrant communities are under attack, what do we do?. . . Stand up, fight back!”

The group – a coalition of organizations that has come together under a name that speaks to a new shared cause, “Communities Under Attack Fight Back” – is just one of many planning to make itself heard to the crowds gathering to celebrate a Trump presidency. Tens of thousands of demonstrators are expected to mark the day with shouts, marches and onstage speeches and performances. Signs have been made, art installations crafted and, in the case of one group, marijuana joints rolled.

Protest groups organized by Disrupt J20 are expected to gather at each of the dozen checkpoints that inauguration ticket holders will have to pass through, each demonstration speaking to a different cause. One will focus on LGBT rights. Another will center on racial justice.

Miller’s group, which will gather at 12th and E streets, will consists of people from the Muslim, Jewish and immigrant communities. Miller, 25, who is Jewish and grew up in Rockville, Md., said these are groups that haven’t always worked together in the past but now realize that “we have to stand together.”

“This is really just the beginning,” he said. “We’re taking a stand. We’re speaking loudly. But ultimately we’re building a resilient movement that can outlast the inauguration.”

In the days leading up to the inauguration, protests started with one group shutting down K Street in downtown Washington and gay rights advocates holding a dance party near the temporary home of Vice President-elect Mike Pence in Chevy Chase, complete with biodegradable glitter and the hashtags #WeAreQueer #WeAreHere #WeWillDance. The Woman’s March on Saturday also is expected to draw thousands of protesters.

It is unknown how many people will descend on the capital Friday but law enforcement officials are bracing for more than 60 demonstration groups, both in support of and against Trump. Of those, about a dozen have received permits for a specific gathering space. According to their permit requests, some of those groups are anticipating as few as 20 participants, and others are planning for tens of thousands.

Ben Becker, of the ANSWER Coalition, said that more than 45,000 people have indicated through social media an interest in joining the group’s protest near the U.S. Navy Memorial on Pennsylvania Avenue. The group, which stands for Act Now to Stop War and End Racism, plans to have a 28-foot stage and large sound system that will showcase speakers and performers throughout the morning and afternoon.

“We’re considering it the counterinauguration,” Becker, 33, said. “The main message is that there is going to be a grass-roots movement of resistance to the Trump agenda from day one of his presidency.”

The group has thousands of signs ready to hand out. Among them are: “Say no to racism,” “Stop the Trump Agenda” and “Inaugurate the Resistance.”

Becker said his hope for the day, regardless of how many people show up, is that they leave feeling confident in their ability to stand up, fight back and organize.

“It’s not a one-day event,” he said. “We’re calling it day one of a larger resistance movement.”

Although some protesters have promised to disrupt events that day, Becker said his group is not anticipating any activity that will lead to arrests: “We expect to be certainly loud and angry and audibly disruptive. But we’re not planning anything physically disruptive.”

That is not the case with Disrupt J20, which describes its plans online as “a series of massive direct actions that will shut down the Inauguration ceremonies and any related celebrations – the Inaugural parade, the Inaugural balls, you name it. We’re also planning to paralyze the city itself, using blockades and marches to stop traffic and even public transit.”

Lacy MacAuley, a spokeswoman for the group, said they have been working with other organizations to plan both “permitted” and “unpermitted” actions.

“There will be people risking arrest,” she said. “In terms of what those protests will be, we’re not talking about that at this time.”

The group, which expects more than 30,000 participants, also has planned a march from Union Station to McPherson Square, where they will have a stage and sound system. MacAuley said artists have also been working to make statement pieces, including elaborate puppets and a large wall that will speak to the one Trump has vowed to build along the border with Mexico.

Among the signs she has seen created so far, she said, some “use Trump’s name and possibly an expletive.”

Not all of the demonstrations on Friday will be anti-Trump. Among those groups that requested permits for space are two organizations that support him: “Bikers for Trump!” and “Let America Hear Us, Roar for Trump!”

The latter will be sharing DuPont Circle with a group that did not request a permit but plans to set up there early Friday – DCMJ, which was formerly known as the D.C. Cannabis Campaign and was behind the successful effort to legalize marijuana in the District in 2015.

The group, which started rolling joints this month, plans to hand out 4,200 before marching to the Mall. Once there, those who get through the security checkpoints – an issue because it is illegal to possess marijuana on federal land, which includes the Mall – plan to light up four minutes and 20 seconds into Trump’s speech.

Nikolas Schiller, co-founder of DCMJ, said the demonstration is not a protest of Trump, but a signal of wanting to work with him on fully legalizing cannabis in all 50 states and the District.

“This about demonstrating to Trump that he has the power to change the law and do what Obama was not able to do,” Schiller said. “We believe cannabis legalization will create jobs, it will increase tax revenue, and it will also help fix the broken criminal justice.”

As for the bikers they will be sharing space with Friday, he said, “We hope some come on over and get a free joint.”

At another park, Franklin Square, the Poor People’s Economic Human Rights Campaign and the Revolutionary Road Radio Show will continue an event that started Thursday night with a series of speakers, including Green Party presidential candidate Jill Stein.

Organizer the Rev. Bruce Wright said that the area will serve as a place for people to eat, rest and find a medic if needed. And at night, once the parade is over, the stage will host musicians and performers.

At one point, weather permitting, it will be handed over to Seth Tobocman, a cartoonist from New York who will stand in front of a slideshow of his work. His latest piece will also be on display: a banner showing Trump threatening the Statue of Liberty with a missile.

Tobocman, 58, said that in college he was part of a five-person peace group, and during the Reagan administration he watched as people who disagreed with the president chose to say nothing. This time, he said he is encouraged by the protests.

“What’s heartening to me is so many people want to go out and do something about this,” he said. “If Trump has done anything positive it’s that he created enough controversy that a lot of people are expressing themselves.”