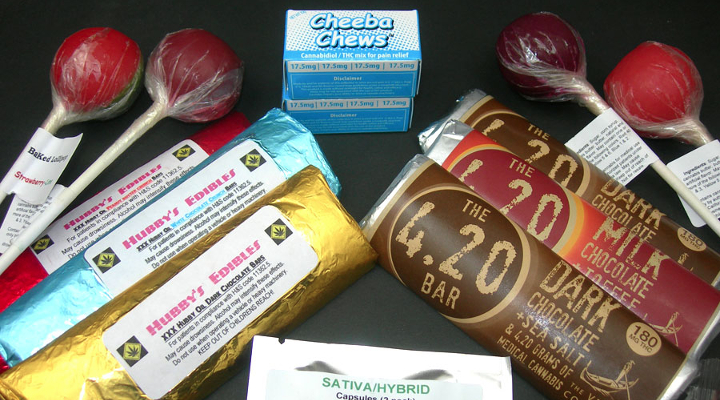 Is Micro Dosing The Way Forward For Marijuana?

Edible weed makers want to take a bite out of the $5.4 billion legal marijuana industry in what seems like the most counterintuitive way possible: give people less pot.

Small-dose, or “microdosed,” edibles make up one of the fastest rising sectors of the industry, according to a group of panelists at the recent New West Summit in San Francisco, California.

These products, which range from marijuana-infused chocolates and sweets to barbecue sauce and bottled water, often contain between five to 10 milligrams of tetrahydrocannabinol (THC), the psychoactive ingredient in weed. It’s a conservative dose for adults who don’t know their tolerance or are consuming for recreational, rather than medical, purposes.

While these lower dose products often cost more per milligram of THC in the dispensary, they aim to make users’ lives less complicated. If you’ve ever purchased a pot brownie from a legal shop or in a back alley, you might be familiar with the ritual of cutting the treat into 16 pieces — less you want a Grade A night-in to turn into a paranoia-wracked nightmare of an evening.

While there are no recorded cases of people fatally overdosing on marijuana, it can make you incredibly uncomfortable. Your heart starts to race and, sometimes, anxiety strikes.

This has led to a bit of an image problem for the edibles industry.

“Patients are a little bit scared of edibles,” Kristi Knoblich, chief operating officer and cofounder of pot-infused chocolates company Kiva Confections, said on stage during a panel on innovations in edibles.

Kiva Confections, which sells products in California, where medicinal marijuana is legal, has pioneered a path to user-friendly edibles. Its chocolate bars range from 60 to 180 milligrams of THC — divisible by 15- to 45-milligram servings— and feature impressions on the bars that make it easy to parse for smaller doses.

The Kiva Terra Bites, which come in a sealable container, contain chocolate covered espresso beans and dried blueberries that provide just five milligrams of THC each.

“It’s that person looking for a glass of wine or beer in the evening [type] experience,” Knoblich says. “We’re looking for that person who isn’t looking to get blasted.”

Défoncé Chocolatier, a new marijuana-infused chocolate company based in Oakland, California, is also on board with the small-dose trend. After spending over six years as a production manager at Apple, founder Eric Eslao also wanted to make a user-friendly edible. His flagship chocolate bar contains 180 milligrams of THC, which can be divided into 18 pyramids, or 10-milligram doses, the rough equivalent to a couple hits off a pipe.

Knoblich says the trend borrows from the pharmaceutical industry, which has heralded the “minimum effective dose” principle in recent years. It’s the idea that patients should consume the smallest dose possible that produces a desired outcome without negative side effects.

The good news with small dose marijuana edibles: If you wait a few hours and find you’re still sober, you can always eat more, Knoblich says.