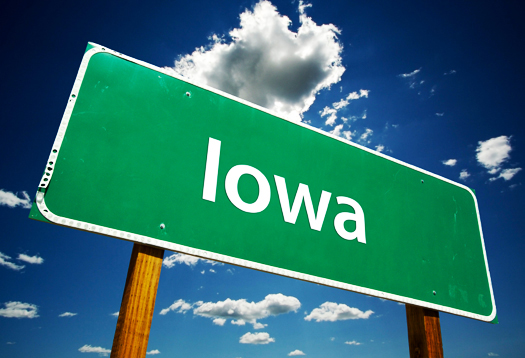 A medical marijuana oil program approved by the Iowa Legislature might not offer much help to patients with qualifying medical conditions, but advocates say it’s at least a step in the right direction.

The measure approved by lawmakers in the final hours of the legislative session Saturday would expand a little-used program now only available to people with epilepsy. If signed by Gov. Terry Branstad, the law would allow the limited production of cannabis oil at two locations in Iowa and legalize its use for an additional eight conditions.

Despite the expansion, medical marijuana advocates said the decision to cap the level of the active ingredient and limit the means of ingestion means the program has limited value.

Sen. Joe Bolkcom, a Democrat from Iowa City, called the program “the worst in the country.”

“For people who were opposed to doing anything, I suppose they think this is a big deal,” he said. “But the fact of the matter is that they shouldn’t have put all the conditions in the bill because the medicine isn’t going to provide a therapeutic benefit for eight of the nine conditions, and that’s sad.”

Besides prohibiting smoking, vaporizing or consuming marijuana edibles, the bill limits the amount of tetrahydrocannabinol, or THC, allowed in the oil to 3 percent. THC is the compound known for psychoactive effects, and by capping it at 3 percent advocates said it limits the oil’s potential to help conditions besides seizures.

Some programs, mainly in conservative states, have caps with even smaller percentages of THC.

Only 38 people have medical cannabis cards under Iowa’s current system, which makes it illegal to manufacture or distribute the oil. It’s unclear how many more would enroll if the new program is signed into law.

Sunil Kumar Aggarwal, a doctor researching cannabinoid medicine at the University of Washington School of Medicine, said some conditions besides seizures could benefit from low-THC oil, but that the benefit is less certain because of the cap.

“It’s an extremely non-scientific regulatory framework for cannabis,” he said. “It’s all politics. This is no way to do medicine.”

Rep. Jarad Klein, a key supporter of the legislation, said the program’s limitations stem from the hesitation of House Republicans to legalize any form of marijuana.

“A lot of my caucus said ‘We don’t feel comfortable with this issue at all,’” Klein said.

The bill would also create an advisory board to recommend changes to the cannabis oil program, though Iowa lawmakers would have the final say.

Klein acknowledged an interest in potentially raising the THC level above 3 percent if the medical board recommends it.

“A lot of this boils down to a compromise, and this is not necessarily … my personal ideal,” he said. “I had to get something I knew we could pass and that I have a high confidence the Governor will sign.”

The conditions covered in the expanded program include: cancer; multiple sclerosis; seizures; HIV or AIDS; Crohn’s disease; Amyotrophic lateral sclerosis; Parkinson’s disease; untreatable pain; and any terminal illness with a life expectancy of under a year.

“It will certainly be beneficial to those suffering from seizure disorders, no question,” said Maggie Ellinger-Locke, legislative counsel for the organization. “But the THC cap will leave most patients behind.”

“We feel this is a significant step forward to ensure meaningful access for Iowans,” she said. “We do look forward to continue to working with legislators to help improve the program.”