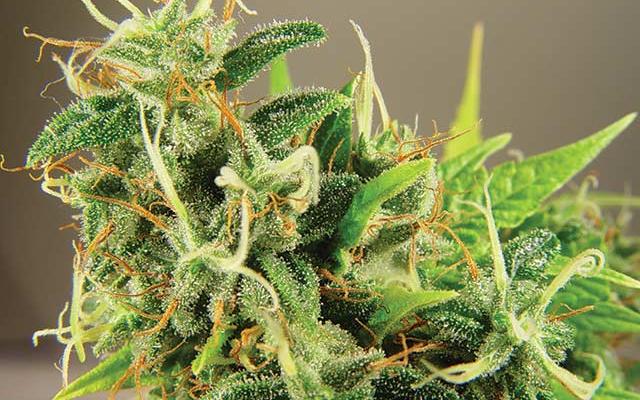 Indica or Sativa – which smells the most?

For all who still have to get on public transportation while carrying a head stash, it might help to know which strains of weed are the most pungent and could give you up the most easily.

You can’t always pick the exact strain you want, even if you have access to the most stocked-up dispensary, but a knowledgeable connoisseur could certainly help you ascertain which general family a particular strain belongs to: Indica or Sativa dominant.

The smell of cannabis comes from terpenes and their derivatives, collectively known as terpenoids, though many people just call them terps for simplicity. While a single orange may have more limonene (a terpene that is very abundant in many Indica strains) than an ounce of pot, you better that ounce of pot could smell up at least 20 times the area an orange could, why?

Cannabis trichomes (the little shiny “crystals” you see the outside of buds) actually have a special part of their anatomy, called striae, dedicated to making them extremely smelly. Trichomes hold the majority of the terps, and these little striae are tiny pores on the surface of the trichome that force the terps to evaporate much more quickly than they do off, say, an orange.

To answer the question of which general family of cannabis strains is smellier, we pooled together the terpene profiles of 28 Indica-dominant strains and 20 Sativa-dominant strains. The indica dominant strains were Kush and OG crosses in general, while the sativa sample pool had strains like Blue Dream, Grapefruit and Strawberry Cough.

The pool of Indica strains had 0.75 percent terps by mass, while the Sativas had 0.65 percent terps; Indica strains are smellier! Indicas carried around 16 percent more of the smelly terpenes — enough of a difference to really notice it. Most flower lovers may have already noticed that, while Sativas like Blue Dream or Strawberry Cough certainly smell great, they don’t pack the punch of an OG Kush or Girl Scout Cookies.

That 16 percent really makes a difference. If anyone has ever tried to hide a cannabis garden knows that hiding the smell is an incredible task. In Colorado, local authorities even had to break out an obscure device for measuring smell called The Nasal Ranger, in attempt to regulate smell complaints called in from nosy neighbors on unsuspecting cannabis growers.

Even those that don’t grow the stuff know that the smell of cannabis can give you away. You can bring a jar to dealer’s spot with a backpack/ handbag or you can grab a smell-proof plastic bag and put it in your pocket.

Legally speaking, a backpack is a slightly better option, at least in the United States. If an American cop stops you on the street, he or she has the right to frisk you to “check for weapons.” If the cop feels a plastic bag in your pocket, he or she might ask you what it is; just say it’s something personal of yours, but don’t take it out of your pocket; that might land you another charge on top of the possession charge you’re about to get. They’ll just yank it out of your pocket and book you on the spot; you don’t have to make it easier for them.