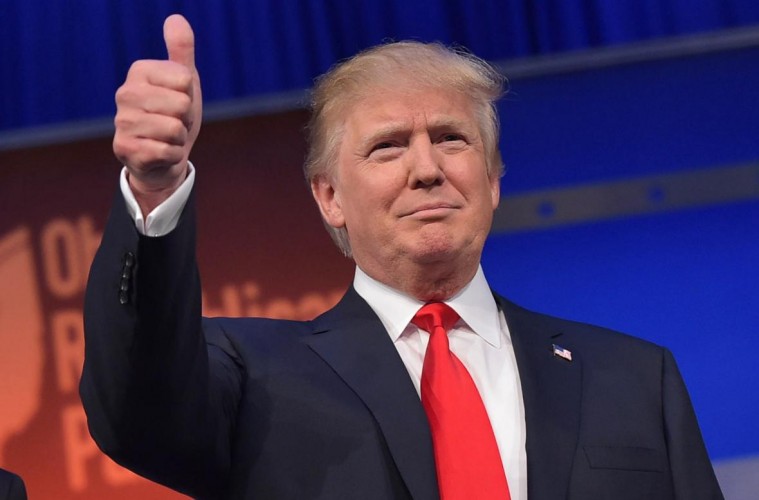 In the month of May, Trump reversed much of Obama’s drug policy

My third son, William, was born on April 28. I’ve spent the past month or so getting to know him (thanks, Washington Post’s generous parental leave policy!), and not paying much attention to federal drug policy.

As it turns out I missed quite a bit. In the month of May alone, the Trump administration, particularly Attorney General Jeff Sessions’ Justice Department, steadily ratcheted up its tough-on-crime rhetoric and put in place some policies that give that rhetoric some real-world bite.

You may have missed them too, as many of the decisions were made with little fanfare, and all of them came amid a steady string of revelations about Russia, Paris, Comey, Kushner and even covfefe. Here’s a recap of everything that happened while I was out changing diapers.

Mandatory minimums are back

The big news last month was a memo from Sessions directing federal prosecutors to pursue the most severe penalties possible for any crime, including drug offenses. That means more mandatory minimum sentences for federal drug crimes, a policy that the Justice Department administration had backed away from under President Barack Obama.

The net effect of the change is that more people will be going to federal prison, reversing a decline in the federal prison population in recent years. Sessions laid the groundwork for this in February when he directed the Justice Department to start using private prisons again to “meet the future needs of the federal correctional system.”

Sessions defended the move as a “key part of President Trump’s promise to keep America safe,” citing a recent uptick in homicides in some cities.

Indeed, imprisonment often has the opposite effect, according to the DOJ’s research division: “Inmates learn more effective crime strategies from each other, and time spent in prison may desensitize many to the threat of future imprisonment.”

One of the key architects of Sessions’ sentencing memo was Steven Cook, a former federal prosecutor and a lifelong hard-liner on criminal justice issues. Cook is now considering changes to policies governing marijuana and civil asset forfeiture, according to the Associated Press.

While Cook didn’t give away any details of his agenda, he told the AP that “when you put criminals in prison, crime goes down.” As noted by the Justice Department research above, Cook’s formulation is simplistic and largely inaccurate.

“Steve Cook thinks that everyone who commits a crime ought to be locked up in jail,” said Bill Killian, a former U.S. attorney who worked with Cook in the past.

Marijuana use remains a crime at the federal level, regardless of what state regulations say. The Obama administration chose to largely ignore state-level legalization efforts. If Cook intends to reverse that approach, even partially, it could prove disastrous for the country’s $6.7 billion legal marijuana industry – to say nothing of the 33 million adults who use the drug.

For several years now, the Justice Department has been prevented from aggressively targeting medical marijuana operations in states where they’re legal due to a provision, known as the Rohrabacher-Farr amendment, included in omnibus spending bills. The amendment simply states that the Justice Department cannot use federal funds to interfere with the operation of medical marijuana programs in places where they’re legal.

That provision was recently renewed through Sept. 30. But in signing the spending bill it was attached to, Trump added a twist: a signing statement indicating he would “treat this provision consistently with my constitutional responsibility to take care that the laws be faithfully executed.”

Prior presidents have used such statements to ignore or undermine policies they disagreed with. If Trump were to do so on medical marijuana, it could set up an awkward showdown with one of his staunchest allies in Congress: Rep. Dana Rohrabacher (R-Calif.), co-author of the amendment.

For his part, Rohrabacher doesn’t think that will happen: “It would be a huge waste of his time and money, and why would he do that?” he told the Orange County Register last month.

The DEA continues to wage war on marijuana, regardless of what the research says

At a speech at the Cleveland Clinic last week, Drug Enforcement Administration acting chief Chuck Rosenberg reiterated his belief that “marijuana is not medicine.” This flies in the face of decades of research into the effects of marijuana use, most recently outlined in a massive report by the National Academies of Sciences, Medicine and Engineering.

Rosenberg said that any potential medical application of marijuana should be approved by the Food and Drug Administration. But such approval is nearly impossible to obtain because of the drug’s strict regulation under federal law, creating a Catch-22: Marijuana is tightly regulated because it has no accepted medical use, and it has no accepted medical use because it’s so tightly regulated.

In the past month, leading law enforcement figures have been deploying some of the apocalyptic anti-drug rhetoric that characterized much of federal drug policy in the ’80s and ’90s. Deputy Attorney General Rod J. Rosenstein recently gave a chest-thumping speech before DEA employees, calling them “warriors of freedom” who were fighting an epidemic that is laying waste to society. Demand for illegal drugs is creating “a cycle of death and despair,” he added.

Sessions, meanwhile, has been attempting to tie drug use with the rise of violent crime in some cities. “We know that drugs and crime go hand-in-hand,” he said recently. “Drug trafficking is an inherently violent business. If you want to collect a drug debt, you can’t file a lawsuit in court. You collect it by the barrel of a gun.”

At another speech in West Virginia, Sessions warned of opiate-dependent babies who “scream inconsolably and suffer from tremors, vomiting and seizures” and who are “at risk for developmental and health problems throughout the rest of their lives.” The language echoes the early ’90s panic over “crack babies” that turned out to be largely unsubstantiated.

Philippines President Rodrigo Duterte has encouraged his constituents to kill drug addicts and has overseen a bloody anti-drug crusade that’s resulted in thousands of deaths at the hands of law enforcement officers and groups operating extrajudicially.

In late April, Trump called Duterte to praise his drug war and invite him to the White House.

“I just wanted to congratulate you because I am hearing of the unbelievable job on the drug problem. Many countries have the problem, we have a problem, but what a great job you are doing and I just wanted to call and tell you that,” Trump said.

Trump’s budget would cut Medicaid nearly in half by 2020, jeopardizing substance abuse coverage for the roughly 2.3 million opiate-dependent people who use it.

That change is of a piece with the administration’s general views on drug use – a crime to be policed and punished, rather than a public health problem.