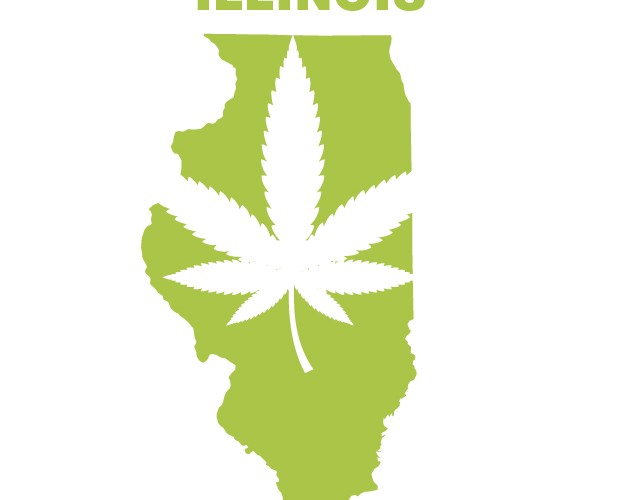 Illinois is on the verge of becoming the next state to eliminate the criminal penalties associated with the possession of marijuana.

On Wednesday, House lawmakers approved a bill in a vote of 64-to-50 that would prevent those caught holding small amounts of weed from spending time in jail. The proposal (Senate Bill 2228), which was introduced by Senator Heather Steans, would allow law enforcement across the state to simply issue citations for this offense instead of dragging people through the court system where they are destined to be marred with a criminal record.

To ensure decriminalization received a fighting chance to make it on the books in 2016, lawmakers embraced the minute changes brought forth last year by Governor Bruce Rauner after he vetoed a similar measure for being too liberal with its penalties. So, while the previous bill suggested that a person could be caught with up to 15 grams of pot before being carted off in handcuffs, the updated version comes with a cap of 10 grams. Another one of Rauners’s concerns was that the previous bill did not bilk enough cash out of pot offenders, so lawmakers simply increased the fines from $55-to-$125 to between $100 and $200.

Although the proposal is far from perfect—it allows city officials to add more penalties, such as drug classes—the new law would be a huge improvement over the current code, which makes possession of up to 10 grams a class B misdemeanor that comes with a penalty of up to six months in jail and a maximum fine of $1,500.

“Illinois is long overdue for creating marijuana policies that treat our residents more fairly and free law enforcement up for more serious crime,” said Rep. Kelly Cassidy, who sponsored the House version of the legislation. “We should not spend our resources arresting and jailing people just for the possession of a small amount of marijuana. This bill is an important step, and I am happy to be a part of this change in policy.”

Perhaps one of the most important aspects of the updated proposal is that it would also do away with the state’s current zero-tolerance policy for driving under the influence of controlled substances.

Right now, regardless if a motorist is technically impaired, any trace of THC metabolites is an automatic ticket to the slammer, complete with a DUI charge that costs thousands of dollars in penalties and fines. Under the new proposal, however, those people believed to be operating a vehicle stoned would be allowed a threshold of 5 nanograms of THC per milliliter of blood (or 10 nanograms when a saliva test is used) before getting into any trouble with the law. Incidentally, this policy on stoned driving is similar to what is being used in Colorado and Washington.

All that stands in the way of this legislation becoming law is a stroke of a pen from Governor Rauner, but he is expected to sign the bill without hesitation since it includes all of the compromises that he suggested would win his support. As long as Rauner is still committed to giving people the freedom to smoke weed without the risk of becoming common criminals, it is more than conceivable that this bill will be locked in before summer.

Illinois marijuana advocates are pleased with the progress the state legislature has made this year in regard to this issue.

“Marijuana consumers should not have their lives ruined simply for possessing a substance that is objectively safer than alcohol,” Chris Lindsey, a senior legislative analyst for the Marijuana Policy Project, told HIGH TIMES in an emailed statement. “The damage done to individuals when they get criminal records, and the resources spent arresting and prosecuting them, are impossible to justify. It is time we started treating marijuana more sensibly, and this bill does that.”