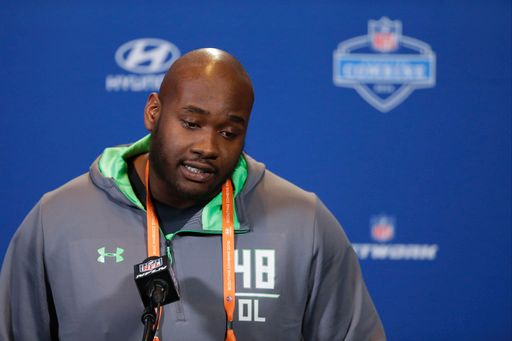 If you disqualified every NFL draft prospect for smoking weed, you wouldn’t have a draft

Laremy Tunsil, one of this year’s prime draft prospects for the NFL took a big hit to his draft number this week. Two hours before the draft went live, his twitter was hacked and a video of him smoking through a gas mask bong was uploaded. Unfortunately for Laremy, this turn of events meant that his draft place dropped from 6th to 13th in the draft, and cost him around 8 million dollars.

Unsurprisingly, the story has raised the topic of marijuana use in the NFL. Some people have come out and said that all draftees who test positive or who are recorded to have used marijuana should be dropped from the NFL. That’s pretty ridiculous, because if you removed everyone who smoked marijuana from the NFL draft, you’d be drafting 5’5’’ white boys from Germany at linebacker.

No one (at least no one sane) is arguing that Laremy wasn’t stupid, because at some point in time, he let someone video himself smoking cannabis; even though he was on track to become an NFL star. Cannabis isn’t harmful to athletes in moderation, but it is looked down upon in the sport, and that should have been pretty apparent to any potential draft prospects. Especially as they’ve been given the talk by agents that they should have closed down their social media until the draft. Not one of them did it though.

The real story here is how ubiquitous the use of marijuana is both inside the NFL draft prospects and among wider NFL fans. One of my favourite things to do is to watch the Minnesota Vikings (who are on for a SuperBowl year by the way) while smoking a joint. Perhaps its time for the NFL to realise that marijuana used recreationally is becoming the norm and harsh measures against its use will only serve to alienate people in the future.

Laremy Tunsil won’t be the last person to have his NFL future affected by marijuana use, but he might be the first in the decline of severe sanctions for it. Hopefully this will lead to the eventual acceptance for it.