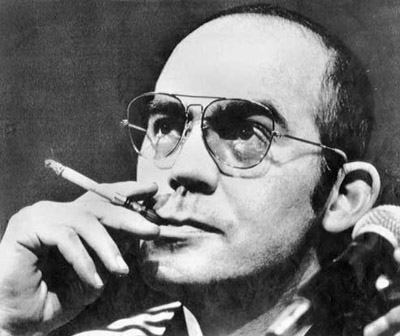 Hunter S Thompson’s Strain Of Weed To Be Made Available

Anita Thompson, has steadily been hard at work to honor the literary legend and counterculture icon.

In June, Thompson closed on a legal trust transfer of the 42-acre Woody Creek compound known as Owl Farm, in the central Colorado Rockies where the author lived from 1969-2005. The transfer now gives her full control of the property, along with ownership rights to the “Gonzo” logo and her late husband’s likeness.

Aside from the private museum (slated for a late-2017 opening), up first is “a Gonzo brand of cannabis to be sold in recreational marijuana dispensaries,” she exclusively shared with The Aspen Times.

When The Cannabist spoke with Anita Thompson in 2015 during the annual NORML Aspen Legal Seminarbarbecue, which she has hosted since 2007 at Owl Farm, she touched on Colorado legalization: “He would have had a heyday! Could you imagine Hunter Thompson in a dispensary? Sometimes it breaks my heart when I go into one and that he’s not here. The best way to honor Hunter’s work is to have him in our hearts when we go into dispensaries, when we smoke legally and when we read his words.”

Thompson is taking that sentiment up a notch, preparing to soon allow his legions of fans to smoke his pot. The Aspen Times reports:

“Since it became legal I get approached probably once a month by cannabis growers, dispensaries,” Thompson said. “I’ve had probably 10 meetings in the last three years and I always ended up saying ‘No’ because it’s the same story every time: somebody wants to slap Hunter’s name on their strain.”

Thompson said she has, however, saved six different strains of cannabis that the “Fear and Loathing in Las Vegas” author actually smoked. She is now working with a cannabis company to grow those strains — or hybrids of them — and sell them to the public. She said she was glad that she held off on partnering on a marijuana brand until it could be done right.

“I was always steering toward his work and away from his lifestyle, but now I feel like I can talk more openly about his lifestyle,” she said. “I’m proud to do it now. Before, it was a little too risky.”

She added with a laugh: “I’m looking forward to being a drug lord.”

Thompson went on to update her Facebook page with a list of clarifications after the story ran Sunday, most notably around strain sourcing. That said, the details are still hazy:

Thank you for keeping Hunter’s legacy alive in your libraries and your hearts. My email is overwhelmed so please see below for some more info about the Aspen Times article.

… I have found a legal method to extract the DNA from Hunter’s personal marijuana and hashish that I saved for 12-15 years. I am in the process of making the strains available to those who would like to enjoy the authentic Gonzo strains in legal states. Although the “drug lord” phrase is silly as it doesn’t match my personality, I am looking forward to making the authentic strains available in legal states to support the Farm and the scholarships.

Thank you for keeping Hunter’s legacy alive in your libraries and your hearts. Love, Anita T.