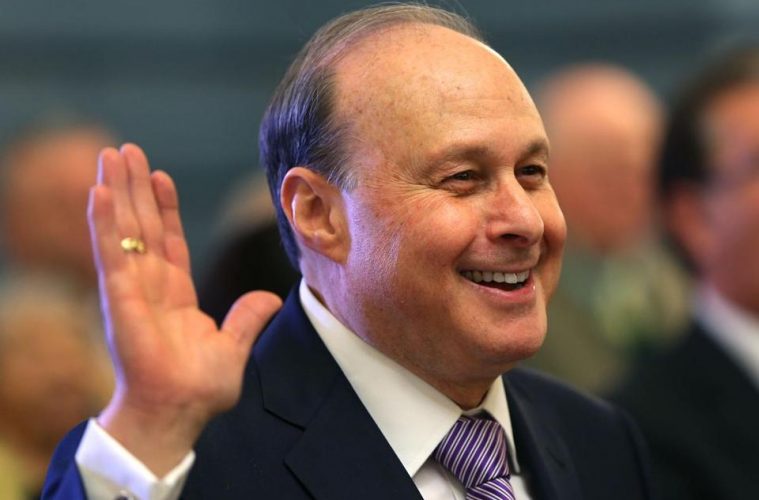 Massachusetts Senate President Stan Rosenberg said he’s backing a ballot question that would legalize the recreational use of marijuana in the state.

Rosenberg said he hopes he and fellow lawmakers can make improvements to the question if voters approve it, but he didn’t offer specific changes. He made the comments Thursday during an interview on WGBH-FM.

Rosenberg also said residents who want to cultivate their own marijuana should “be able to have a few plants growing on your property.”

The November ballot question would let those 21 years old or older possess up to one ounce of marijuana for recreational use and allow the home cultivation of up to 12 marijuana plants.

They say legalizing pot could lead people to harder drugs, including opioids, which are blamed for a surge in overdose deaths in the state in recent years.

Baker, appearing on the same radio station just moments after Rosenberg, repeated his concerns about the ballot question.

Baker noted that Massachusetts voters already have approved the medicinal use of marijuana and have decriminalized the possession of small amounts of the drug. He said Question 4 goes beyond just the legalization of pot because it is being pushed by those hoping to open pot shops across the state.

“This question is designed to create a billion-dollar industry in the commonwealth of Massachusetts that will have very few limitations on where its dispensaries go,” Baker said. “I think the voters, when they walk into the ballot box on this one, are going to decide that this is not the right question or the right time.”

“President Rosenberg deserves enormous credit for taking a courageous stand on replacing the failed system we have today with a regulated structure that will actually control marijuana in Massachusetts,” Jim Borghesani from Yes on 4 said in a statement.

A poll released Wednesday by WBUR-FM found 55 percent of voters back the ballot question, while 40 percent oppose it. The poll of 502 likely Massachusetts voters was conducted Oct. 13-16 and has a margin of error of plus or minus 4.4 percentage points.

A handful of other elected officials say they favor the recreational use of marijuana, including Democratic Congressman Seth Moulton, who said last month, “we do need to make sure it’s done right.”

The ballot question would impose a 3.75 percent excise tax on pot sales — on top of the state’s regular 6.25 percent sales tax. Cities and town would be able to tack on an additional 2 percent municipal tax.

The proposal would let employers bar the use of marijuana by employees in the workplace. Officials could continue to restrict marijuana use in public buildings and near schools.

If approved, the law would take effect Dec. 15.