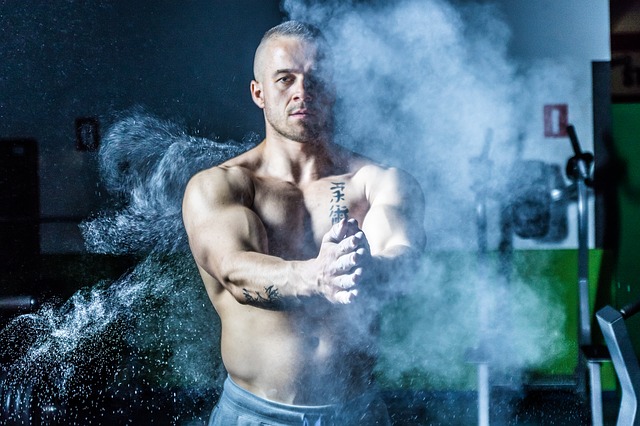 Visit a dispensary in one of the 28 states that legally sell marijuana and you’re likely to find products with monikers like God’s Green Crack, Super Lemon Haze, or Skywalker. That’s all about to change as a new breed of ganjapreneurs swoop into the fledgling industry with new marijuana marketing.

In a classic consumer-marketing move, they’re getting rid of stoner slang and replacing it with supermarket-friendly names that purport to help customers live better.

Their message: Weed is no longer just for getting high. It’s to help you through your stress, ease you into sleep and get you in the mood for love. In other words, these marketers want to transform the image of marijuana so that it competes with scores of products already in liquor stores, markets and pharmacies.

“I think of our competition not as other edibles,” says Peter Barsoom, a former Merrill Lynch and Morgan Stanley manager who’s now chief executive officer of 1906, a company that makes cannabis-infused chocolates. “It’s that cup of coffee in the morning, it’s the pill of Ambien to help you sleep, it’s that cup of chamomile tea,” he says.

Legal marijuana sales are projected to grow to $18 billion in the next four years from $7 billion, according to Arcview Market Research, and a small group of companies are racing to give legitimacy to their products by adopting segmentation techniques to broaden marijuana’s appeal.

The first step is lowering potency and classifying weed according to specific mood-enhancing qualities. Then it gets down to good-old fashioned brand segmentation. 1906 — named for the year U.S. statutes first cracked down on marijuana — is introducing products with names such as Go (an energy booster), Pause (for kicking back), Midnight (a sleep aid), Present (to focus) and High Love (for arousal).

Whether they actually deliver such altered states is almost beside the point. Barsoom’s reasoning is that a new generation of consumers will flock to stylish cannabis offerings to deal with life’s assorted ailments and annoyances. He’s not alone. A host of entrepreneurs and pot businesses also sell mood-tailored products.

Lowering the amount of drug per hit, bite or swallow is paramount for appealing to new consumers, according to Mike Ray, a former Wall Street trader and founder of Bloom Farms, which makes pre-filled vape pens and pre-rolled joints. “I think micro-dosing is the way of the future.”

Matt Seashols, for one, was frustrated that he couldn’t go to a dispensary in Northern California and get something that would give him a specific feeling without getting so high it would knock him out of commission. So Seashols co-founded hmbldt, named for Humboldt Country, the unofficial weed capital of the state. The company makes pre-filled vape pens for specific “need state solutions”: bliss, calm, relief and sleep. Hmbldt also claims to make highs easier to control, by designing its vape pen to vibrate after the user has inhaled 2.25 milligrams of oil. By comparison, most edible products have 5-milligrams doses.

Ray’s father bought a property called Bloom Farms in Northern California in the 1970s and hosted a hippie commune there. Now, Ray is using the farm’s name as the masthead for a new kind of cannabis business — one that makes products that would fit in at a Whole Foods or a suburban boutique. The packaging for its Highlighter, a portable cannabis-oil vapor pen, does not scream stoner. It’s made of recycled paper embossed with black writing and an artfully designed marijuana leaf. The oils come with designations such as daytime, nighttime and anytime. “It’s the new cocktail: it’s the new ladies’ night out,” Ray says.

Such talk is part of a necessary shift in brand positioning, 1906’s Barsoom says, to make cannabis products more like wine and less like Everclear, the 190-proof grain alcohol brand that’s been a staple of frat-party punch bowls for decades. “For those who have kids, it gives them a chance after they put the kids to bed to take the chocolate and know they’re not going to be blasted,” Barsoom says. “Most of us don’t have six hours to have a date with an edible.”