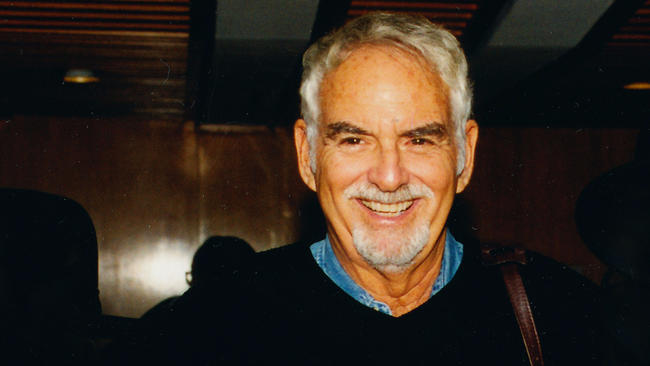 Dr. J. Thomas Ungerleider, a UCLA psychiatrist who was among the first researchers to prove the medical benefits of marijuana, has died. He was 85.

Ungerleider died in his home in Encino on Sept. 19 of complications from Alzheimer’s disease, said his son, John Ungerleider.

In the 1970s and 1980s, Ungerleider ran clinical trials that demonstrated  marijuana’s therapeutic effects for patients with glaucoma and chemotherapy. He also served on President Nixon’s National Commission on Marijuana and Drug Abuse, which recommended decriminalizing pot, and became an early champion of treating drug addiction as a public health problem instead of a criminal one.

“He was a real pioneer,” said Dr. David Smith, his close friend and colleague who founded the Haight-Ashbury Free Clinic in San Francisco.

Ungerleider was born in 1931 in Cleveland to Constance Levison and Harold Ungerleider. He graduated from the University of Michigan and attended medical school and residency at Case Western Reserve University. He then became a U.S. Army captain who served as a base psychiatrist at Fort Ord, Calif.

A few years after Ungerleider started as an assistant professor at UCLA in 1962, people began showing up in the psychiatric ward with hallucinations and anxiety, saying they’d taken a drug no one knew much about: LSD.

Ungerleider was asked to investigate.

He began surveying people who dropped acid at love-ins and at Timothy Leary’s ranch in Orange County. He became one of the first researchers to document the adverse effects of LSD, during a time when people like Leary were advocating for its beneficial effects, Smith said.

John Ungerleider said that when he was a teenager one of his father’s colleagues told him, “Your dad coined the term ‘bad trip’ for LSD.”

In the early 1970s, Nixon appointed Ungerleider to the National Commission on Marijuana and Drug Abuse, often referred to as the Shafer Commission. The 13-member group traveled around the world for a year studying the effects of pot.

Surprising many, the commission concluded that marijuana wasn’t a particularly dangerous drug and that people shouldn’t be subject to criminal charges for possessing it, essentially making it legal for use in homes.

The idea that drug use is a public health problem, not a criminal one, was controversial at the time, Smith said, but it has become a blueprint for how we understand addiction today.

Nixon ignored the commission’s recommendations and pushed forward with the war on drugs.

John Ungerledier said his father had been a Republican, but because he so strongly opposed the government meddling in people’s private choices — in this case, regarding drug usage — he began sometimes voting for Democratic candidates.

“He really had a sense of that being wrong, even if he wasn’t somebody who liked to partake,” he said.

Ungerleider went on to investigate the medical benefits of marijuana and learned that THC helped ease the negative side effects of chemotherapy and radiation, and could also help reduce the eye pressure that leads to glaucoma.

He wrote in a 1999 paper that marijuana had a “limited but definite role in medicine,” and whether it’s appropriate for patients should be physicians’ decisions, instead of a legal standard.

“We never seem able to grasp the fact that no drug is inherently good or evil,” he wrote.

Therese Andrysiak Van Hoof, who worked with Ungerleider as a nurse for decades, said he did a lot of hands-on work because he wanted to improve the lives of real people.

“He wasn’t a scholar’s scholar,” she said. “He met you where you were.”

While speaking on a panel in Woodland Hills in 1967, Ungerleider urged parents to empathize with their kids who wanted to try drugs. He didn’t think they were safe — he didn’t support legalizing marijuana for recreational use, his son said — but he didn’t think they should be so taboo.

“Kids get frightened when we don’t tell them what to explore and help them do it. I’m against our ostrich policy, hiding our heads in the sand, refusing to discuss drugs with them, and even forbidding them to discuss the subject. That’s terrible,” Ungerleider said, according to a Los Angeles Times article.

A girl in the audience then asked for his advice for someone who plans to take drugs.

“God help you,” he replied.

In addition to his son, Ungerleider is survived by his wife, Dorothy, his daughter, Shoshana Margoliot, six grandchildren and 14 great-grandchildren.