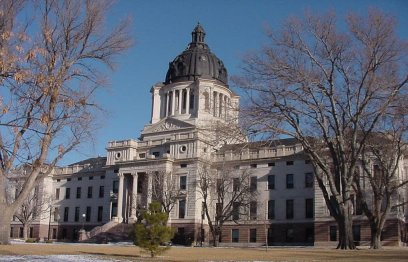 A writing error could cost a ballot measure campaign its chance to legalize recreational marijuana in South Dakota next year.

But the state’s interpretation of the wording means it would only legalize marijuana paraphernalia, not the drug itself. Nonpartisan analysts with the Legislative Research Council said that one sentence in the 11-page proposal undermines the legalization effort.

This means the measure wouldn’t affect the state’s law banning recreational marijuana, should the measure make it to the ballot next year.

New Approach Director Melissa Mentele said she wrote the measure based on existing statute and that the problem can be fixed later by the courts or the Legislature.

“There is a fix for it, so I’m not concerned about it at all,” Mentele said. “It’s just a typo. It’s one person’s perception of grammar versus another’s.”

Legislative Research Council Director Jason Hancock said supporters of the measure could submit an amended proposal, but that would void all existing ballot measure signatures.

“They’re going to have to start over for gathering signatures,” he said.

A new proposal could derail efforts to get the question on the ballot as the attorney general’s office could take up to 90 days to publish an explanation.

Jesse Kelley, an attorney with the Marijuana Policy Project helping Mentele’s campaign, said that the measure was written to allow for local control in deciding how to implement the decriminalization of marijuana possession, sale and use. And the group has succeeded in states where similar measures have been challenged in court, she said.

“This is not a new issue that the South Dakota group is facing,” she said. “Opponents will go to great lengths to defeat these proposals.”

Kelley said her group will continue to work with Mentele to pass the proposal and amend it once approved.

Supporters would have to collect nearly 14,000 valid signatures by November in order to get the measure on the 2018 ballot.