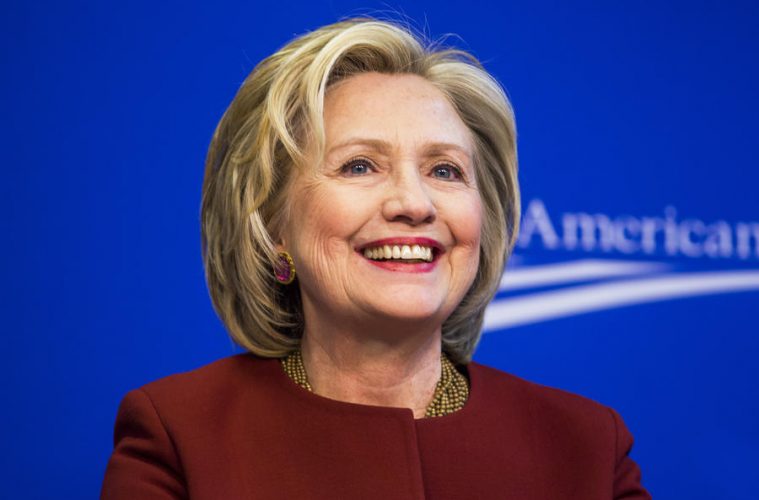 The news is finally official: The Drug Enforcement Administration denied a five-year-old marijuana rescheduling petition on Thursday morning. It was the fourth consecutive time the DEA has denied a petition to reschedule cannabis, and the agency’s announcement sent shockwaves throughout America’s legal pot industry.

The decision, which will likely push medical marijuana research forward while keeping cannabis within the ultra-restrictive Schedule I classification, also caught the attention of regulators and government officials at every level of U.S. government.

While some local officials weren’t sure how the decision might have changed things from their end, others called it a “missed opportunity” and said the DEA’s decision to not reschedule cannabis was “frankly out of touch” and “continues an outdated, failed approach.”

Meanwhile a senior policy adviser to presidential candidate Hillary Clinton applauded the progress made on the research end — and said Clinton will reschedule marijuana if she’s elected in November.

“We applaud the steps taken today by the Obama Administration to remove research barriers that have significantly limited the scientific study of marijuana,” Maya Harris, a senior policy advisor to Clinton’s campaign, said in a statement. “Marijuana is already being used for medical purposes in states across the country, and it has the potential for even further medical use. As Hillary Clinton has said throughout this campaign, we should make it easier to study marijuana so that we can better understand its potential benefits, as well as its side effects.

“As president, Hillary will build on the important steps announced today by rescheduling marijuana from a Schedule I to a Schedule II substance. She will also ensure Colorado, and other states that have enacted marijuana laws, can continue to serve as laboratories of democracy.”

State government representatives from both of the 420-legal states in the Pacific Northwest said they had hoped for more out of the DEA’s announcement.

“For Oregon, the DEA’s decision only went half the distance,” Oregon Gov. Kate Brown said in a statement on Thursday. “Broadening cannabis research beyond the National Institute on Drug Abuse is an important and necessary step. However, lack of federal guidance on banking and environmental issues has put Oregonians at risk, and today’s decision didn’t address those concerns, as we’d hoped.

“The DEA’s decision shortsightedly focuses on the technical, not practical, aspects of marijuana regulation. This makes it more difficult for states that have legalized marijuana use, or who are poised to, to proceed lawfully and safely.”

A spokeswoman with the Washington State Liquor and Cannabis Board said the organization appreciates the forward progress for medical marijuana research — but said it will continue to push for rescheduling.

“We continue to urge the federal government to reassess its position on marijuana’s classification as a Schedule I controlled substance, especially for those states that have adopted strict and accountable oversight of its licensed marijuana industry,” Gigi Zenk, WSLCB spokeswoman, told The Cannabist. “Without easing the restriction of federal dollars utilized for research purposes, or the ability to access banking on a larger scale, states like Washington face greater obstacles to legitimize the industry.”

Congress was abuzz with controversy on Wednesday evening, when the DEA news first leaked, and on Thursday when the agency made its full position public.

U.S. Rep. Earl Blumenauer, a Democrat from Oregon, is one of the most active members of Congress on cannabis issues. While he welcomed the potential research expansion — “It’s outrageous that federal policy has blocked science for so long,” he said — he attacked the DEA over its rescheduling decision.

“This decision doesn’t go far enough and is further evidence that the DEA doesn’t get it,” Blumenauer said in a statement. “Keeping marijuana at Schedule I continues an outdated, failed approach — leaving patients and marijuana businesses trapped between state and federal laws. This decision does not address other key concerns like the need for banking services and tax equity for small businesses, operating legally in half the states. It’s not right or fair.”

Blumenauer referenced the American public’s desire for legalization and said marijuana should be descheduled entirely.

Some of Blumenauer’s colleagues in the House agreed that the DEA hadn’t gone far enough.

“The Drug Enforcement Administration’s decision to keep marijuana as a Schedule I drug is frustrating, unscientific, and, frankly, out of touch,” U.S. Rep. Jared Polis, a Democrat from Colorado, told The Cannabist via email. “It is ridiculous to classify marijuana alongside other Schedule I drugs like heroin. This is further evidence that it is past time that Congress legalize and regulate marijuana like alcohol, using Colorado as an example.”

Polis’ colleague in the House, U.S. Rep. Ed Perlmutter — also a Democrat from Colorado — pointed to the gaps in state laws versus federal policy.

“Today’s announcement is a real missed opportunity,” Perlmutter said in a statement. “While I appreciate the expanded research capabilities, the fact is, federal law still conflicts with state laws on this issue. I will continue to work with both sides of the aisle in Congress to remedy the inconsistencies, especially with respect to banking.”

Colorado Gov. John Hickenlooper’s lead marijuana policy official, Andrew Freedman, said he and the governor were surprised by the DEA’s decision — but that they hope Colorado universities can play a role in an expanded cannabis research program.

“The governor has called for rescheduling before, mainly because he thinks it’s pretty crazy that we have 25 states with legalized medical marijuana and we haven’t done the rigorous research that should be done for that kind of thing — and it’s mostly because of federal bureaucracy,” Freedman, Colorado’s director of marijuana coordination, told The Cannabist. “We’re hopeful that some of our universities will apply to be a supplier for medical-grade marijuana research.”

The city of Denver’s top marijuana official wasn’t sure how a different DEA decision might have impacted her agency’s day-to-day.

“It’s unclear how rescheduling would affect the city’s day-to-day administration of our local marijuana regulations,” Ashley Kilroy, Denver’s executive director of marijuana policy, told The Cannabist. “Our focus continues to be on working with the industry and Denver community to implement Amendments 20 and 64 in a safe, responsible manner.”

“Most people believe there are medical uses for cannabis, and it seems obvious that the DEA got this wrong,” Pace told The Cannabist. “That said, their decision doesn’t change anything in Colorado or with the Cole Memo. Both Hillary and Trump have said they would continue to allow legalization, so there’s no significant impact.

“The big positive news is that the DEA also announced that they will now let universities grow and research marijuana beyond the Ole Miss-(National Institute on Drug Abuse) monopoly. This is a huge opportunity for (Colorado State University)-Pueblo’s Cannabis Studies Institute. We all know that the first patent off cannabis will be worth billions to a community. We’re already first in time at CSU-Pueblo on the research end, and this new decision can really be an asset for our university.”

Pace later called back with a prediction on the future of marijuana scheduling in America.

“I still predict that lame-duck Obama will deschedule marijuana after the November election through an executive order,” Pace said.