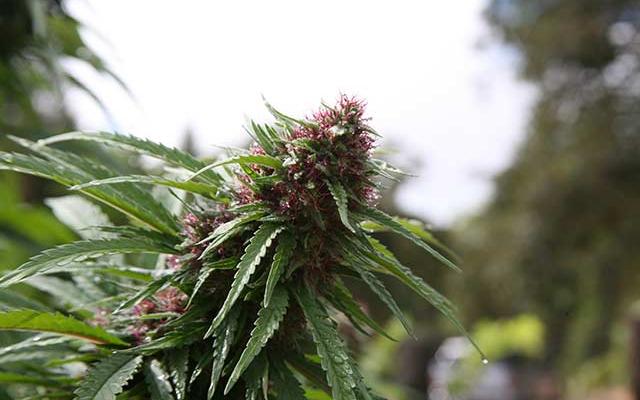 While the United States government continues to try to convince the average citizen that marijuana is one of the most dangerous substances in the world, a smoke signal has been seen rising up over the horizon from Washington D.C. that could be an indication that Uncle Sam’s longtime opposition to cannabis may be on the verge of change.

It seems the U.S. Food and Drug Administration (FDA) is looking to Canada in hopes of learning more about how to regulate a nationwide medical marijuana market. A recent report from Marijuana.comindicates the health agency has assigned a panel that will dissect the current marijuana policies in the northern nation later this month in order to get firm grip on the “regulatory framework for the regulation of marijuana for medicinal purposes,” including “information on the licensing process, compliance and enforcement and market statistics.”

Although no one really seems certain what the FDA’s newfound interest in medical marijuana actually means, there is speculation that it could be, in some way, connected to a rescheduling announcement that is slated to come from the U.S. Drug Enforcement Administration (DEA) at the end of the month. Uncle Sam’s leading drug enforcers have said, from the beginning, that they would not consider downgrading the Schedule I classification of the cannabis plant until after the FDA has provided them with a recommendation to move forward. While the outcome of that recommendation remains unknown, it was delivered to the DEA in September of last year.

Drug policy experts seem to think the federal government’s willingness to take a closer look at another country’s medical marijuana policy, while its own suggests that cannabis “has no medicinal value,” could be a sign that total prohibition is now standing at the edge of a very steep cliff, patiently waiting for just the right time to plunge to its death.

“The fact that FDA is taking a close look at how the Canadian federal government legally regulates medical cannabis could be a sign that the Obama administration is preparing to announce a big change in policy soon,” Tom Angell, chairman of the Marijuana Majority, wrote in his analysis of the situation. “But it might also just be the agency doing its due diligence to begin preparing for changes that seem inevitable at some point in the near- to mid-term future.”

While this news could mean the U.S. government is seriously considering loosening its policies on marijuana, it appears the move would most likely result in the nationwide acceptance of medical marijuana rather than the total repeal of prohibition. The problem with this is if the DEA does decided to reschedule marijuana, this year, while the entire scope of the cannabis industry currently chiseling away at legalization on a state-by-state basis would not likely face a vicious uprising of control, it seems possible that once Big Pharma gets the green light to produce a vary of pot products (Schedule II supported by FDA-approval) medical marijuana programs all across the nation could be forced to change or die.

But nothing could be further from the truth, according to a recent report from the Brookings Institution.

“Rescheduling does not automatically create an FDA-approved marijuana pharmaceutical, and does not create any new penalties for state-level marijuana businesses,” the article reads. “State-legal businesses would operate in exactly the same gray area post-rescheduling as they do now.”

The authors of the report – John Hudak and Grace Wallack – suggest that in the event of FDA-approved pharmaceutical cannabis products, those items would be distributed in drug stores, like CVS and Walgreens, all across the nation, while the dispensaries that traditional patients have come to rely on for the past couple of decades would still be permitted to sell medical marijuana under the guidelines of their respective state.

“Rescheduling won’t shut down dispensaries nationwide, threaten the existing marijuana industry’s dynamics, nor create challenges for patient access,” the report reads. “In fact, while rescheduling will be seen by many in the reform community and among scientific researchers as a resounding victory, the reality is that, day to day, most people will never notice the difference.”