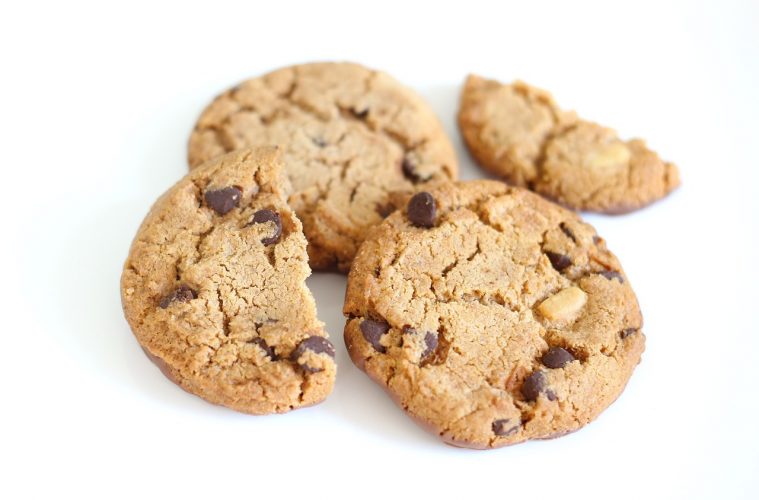 Adding cannabis to everything from iced coffee to breath mints, local startups are jockeying for a bite of California’s growing marijuana edibles market as the state gears up to allow recreational pot sales.

The industry that barely existed 10 years ago — apart from a few bakers making pot brownies in their home kitchens — now shows no sign of slowing down.

“There’s a brand boom going on right now, particularly in preparation for adult use legalization here,” said Troy Dayton, CEO of The Arcview Group, a research and investment services firm focusing on marijuana businesses. “Not all of them are going to do well, but there’s just so many different types of edibles hitting different market segments.”

Arcview Market Research estimates California customers munched on about $180 million worth of edibles last year — comprising 10 percent of the state’s overall marijuana sales. There appear to be dozens of medical marijuana companies in the state seeking to bring a gourmet flair to cannabis-infused treats that just a few years ago were merely “edible.” And as early as next year, those companies will be able to expand sales to anyone over 21.

The $1.8 billion Californians spent last in legal marijuana sales is expected to grow more than 25 percent annually to hit $5.8 billion by 2021, according to an Arcview report. And trends in other states suggest that the edibles market will continue to grow as California’s recreational marijuana sales start. In Colorado, for example, sales of edibles more than tripled from $17 million in the first quarter of 2014 — when the state first allowed recreational marijuana use — to $53 million in the third quarter of 2016.

As it grows, California’s edibles market is diversifying, with companies adding healthy, organic, vegan and gluten-free options to the menu, and making low-dose edibles for new patients and people who want to medicate while at work or at home with their kids. But as California finalizes its marijuana regulations, edibles startups will face added food safety hurdles that their peers in other cannabis industries, and in the general foods market, don’t have to navigate.

When 27-year-old Stephany Gocobachi — a long-time foodie — visited her first medical marijuana dispensary on her 18th birthday, she was disappointed. There were no edibles that tasted good, or that were clearly labeled with their content of THC — the chemical compound that gives marijuana its medicinal and mind-altering effects.

“I had bought edibles that were moldy, that were stale, that had pet hair in them,” Gocobachi said.

Nine years later, Gocobachi runs Flour Child Collective, a San Francisco-based startup that sells organic, cannabis-infused granola and seasonal jam with flavors like blood orange and apricot-rose. She wanted to make products using fresh ingredients that would keep on the shelf of a dispensary while also providing a healthier alternative to pot brownies.

Now Gocobachi and her co-founder are working on expanding their 400-square-foot kitchen. But they’re postponing leasing a new space because San Francisco’s marijuana regulations are still in flux and it’s unclear where the city will let them set up shop.

That’s the type of uncertainty everyone in the marijuana industry faces as city and state officials figure out how to regulate both the medical and recreational marijuana industry. For now, California’s edibles companies only sell to patients with a doctor’s recommendation. But the market is expected to balloon further when regulators set up the state’s recreational use framework — which could be as early as next year. And edibles makers expect to face extra scrutiny over how they prepare their products so they’re safe to eat, and package them so they aren’t appealing to children.

VCC Brands represents an extreme example of the risks associated with the industry — police raided the company last year, according to CEO and founder Kenny Morrison. He said the company wasn’t doing anything illegal, but he decided to pack up and relocate the manufacturing operation that makes 100 cannabis-infused items, including cookies, tea bags, lemonade and hard candies, from Venice Beach to Oakland.

Christopher Schroeder, who launched Somatik in Oakland in February, still isn’t sure if it will be legal to sell his cannabis-infused cold brew coffee in its current form next year. State regulators have proposed rules that would ban the sale of edible products that contain more than 10 easily separated 10 milligram doses of THC — 100 milligrams in all. The problem is a bottle of Somatik coffee currently has 15 milligrams of THC.

If that is not allowed, Schroeder will reluctantly reduce the dose of his cannabis coffee, which he says perfectly balances the benefits of caffeine and marijuana.

“It’s a great after-lunch drink that allows me to stay focused and still get my work done but feel really positive and euphoric and in a really good mood,” he said,

Oakland-based Kiva Confections was one of the early pioneers of a new trend known as microdosing, with its low-dose chocolate-covered espresso beans and blueberries containing just 5 milligrams of THC. When those became Kiva’s best-sellers, the company decided to go even lower — coming out with 2.5 milligram mints in November. For comparison, a pot brownie at a Grateful Dead concert could have anywhere between 50 to 500 milligrams of THC, estimated Christie Strong, Kiva’s marketing communications manager.

Robert Bradley, a student earning a bachelor’s degree in music education from San Francisco State University, uses Kiva’s mints three or four days a week to combat the sometimes overwhelming stress of school. They also help him sleep and give him an appetite when he’s too anxious to eat.

“They’re really nice and light,” said 31-year-old Bradley, of Napa. “So I can still be productive, but it takes a lot of the anxiety out.”