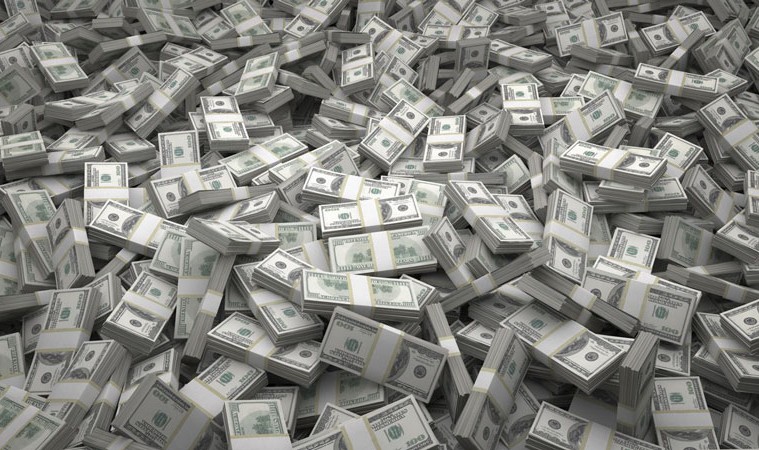 Last week, the acting director of the federal Drug Enforcement Administration was asked whether his agents ever intentionally allow drug shipments into communities in the interest of making a bigger bust later on.

Chuck Rosenberg’s answer: “I’ll have to check and get back to you on that.”

Rosenberg was addressing the House Judiciary Committee at a hearing on oversight of the DEA and the Bureau of Alcohol, Tobacco and Firearms. During that hearing, Louisiana Democratic Rep. Cedric L. Richmond asked about the practice. Here’s the full exchange:

RICHMOND: This committee held many hearings, and was furious about the Fast and Furious program. At least from my knowledge of DEA and other drug agencies, oftentimes part of a bigger sting is letting transactions and other things go through. Now, it’s a very specific question. In DEA’s past, present, future, any times do you let drugs hit communities to get the bigger fish?

RICHMOND: OK. Are you aware of any instances where it may happen?

ROSENBERG: I’ll have to check and get back to you on that.

Rosenberg’s demurral isn’t entirely surprising, given the framing. “Fast and Furious” was the name of an ATF operation that allowed illegal gun sales to proceed to track their buyers and sellers. Roughly 1,400 of the guns were lost, two of which turned up at the scene of a Border Patrol agent’s murder in 2010.

But it’s notable Rosenberg didn’t deny his agency conducts similarly structured operations and likely wasn’t being entirely forthcoming, as there is considerable evidence that DEA does allow drugs to enter communities in the hopes of bringing down major players in drug dealing and distribution.

In 2015, the DOJ’s Inspector General criticized the DEA for how it tracked and approved the illegal activity of its sources: “These inadequate DEA policies and procedures related to OIA greatly increase the risk to the DEA, the U.S. government, and the public from the involvement of DEA confidential sources in OIA.”

Federal law allows informants, like those employed by the DEA, to engage in “otherwise illegal activity” as part of an investigation. Those activities include “trafficking in what would be considered as large quantities of controlled substances” – 450 kilos of cocaine, for instance, or more than 90,000 kilos of marijuana.

“DEA undercover agents or DEA confidential sources of information commonly pose as buyers or sellers of controlled substances,” explained DEA spokesman Russell Baer in an email. Those informants are permitted to engage in all manner of illegal activities, even the large-scale trafficking of drugs.

Baer added that “as a general rule, DEA does not sell drugs. This type of activity is not a normal investigative technique, and is not commonplace.” Moreover, any illegal activity undertaken by confidential sources must be approved by supervising agents, Baer said.

But we don’t know how often such large-scale trafficking might happen under DEA supervision because the agency doesn’t release this information. Outside experts say that DEA-approved drug sales are “routine.”

“In my experience dealing with hundreds of drug war prisoners this behavior is embedded in DEA practices,” said Tony Papa of the Drug Policy Alliance, a reform group.

Papa knows better than others: Down on his luck in the Bronx in the 1980s, he agreed to deliver an envelope containing cocaine on behalf of a friend for $500. The friend was actually an informant cooperating with the DEA to get out of his own drug troubles.

Papa was busted and given a sentence of 15 years to life under New York state’s harsh drug laws. “Something like this is routine,” he said.

The DEA maintains its confidential sources “provide invaluable contributions and assistance in furtherance of DEA investigations against major domestic and transnational criminal organizations.” But the use of confidential sources in drug investigations has come under fire in recent years, particularly after several high-profile deaths of young people who critics say were coerced into becoming informants after being arrested for low-level offenses involving marijuana and other drugs.

Aside from direct involvement in drug deals, law enforcement officials may also allow drugs to flow into communities because they’re interested in seizing the cash proceeds from the sale of those drugs. Investigations have revealed that drug task force authorities working the nation’s highways often focus on the routes where cash from drug transactions travels, rather than the routes the drugs themselves flow through.

That’s been the case, for instance, in Oklahoma, according to an ACLU report. “We are deliberately letting the drugs get to their final destination, get sold, get used, and in some cases letting someone die of an overdose,” said Brady Henderson of the Oklahoma ACLU last year.

Critics say there’s a simple reason for this: When police seize drugs, those drugs get destroyed. But if they seize cash, they often get to keep it under highly permissive state and federal asset forfeiture laws. This can create an incentive for law enforcement to look the other way when drugs flow into cities to grab the cash from those transactions on its way back out.

Defenders of forfeiture practices like these say cash seizures are more effective at crippling drug trafficking groups than drug seizures. “When money is taken from an organization, it hurts them more than when they lose the drugs,” a sheriff and highway interdiction instructor told The Washington Post in 2014.

A more recent Inspector General’s report found that since 2007, the DEA had seized $3.2 billion in cash from people not charged with a crime.

Representatives from Richmond’s office and from the House Judiciary Committee said that as of Monday, they had not received any further information from the DEA.