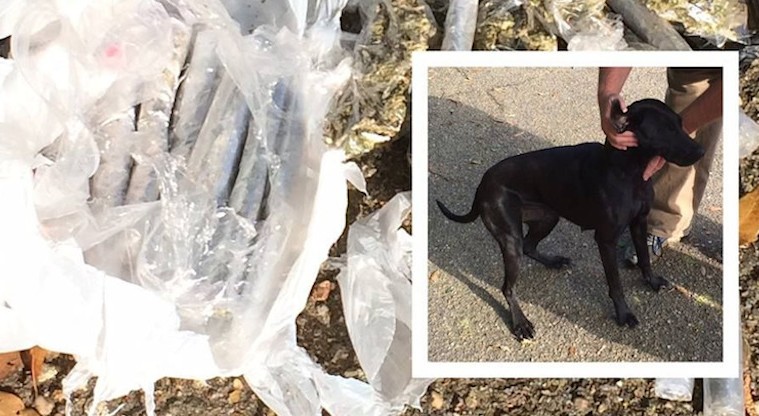 Dog brings home a pound of weed after walk

A dog in Mississippi is playing a different kind of fetch. After going out for a walk, he came back home with a huge bag of weed, almost one pound of the stuff.

As the dog was known to bring trash into the house, the owners didn’t take too much notice, but then, upon a closer look, the bag was filled with a green leafy material, and smelled of marijuana.

Now, if it was our dog, we would probably have gave him a big bone as a reward and hope he would go out and bring back some more.

However, this owner decided to call the police.

The homeowner called the Jones County Sheriffs Office in Laurel, Mississippi, to report the bag, suspecting it was marijuana.

The Jones County Sheriff’s Office said in a statement that narcotics deputies were dispatched to a home Saturday.

The dog refused to answer any of the police’s questions.