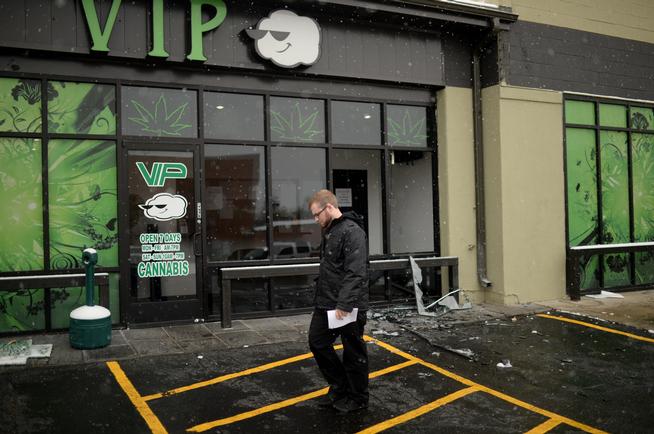 Henry BerkovichApril 28, 2016
Marijuana is big business in Colorado, but in Denver it will be remaining at its current size.
Denver City Council approved a highly debated bill on Monday to ban new marijuana dispensaries and grows, meaning the current number of stores will stay frozen. New marijuana businesses will be able to apply when a current business decides to stop trading though.

The bill aimed to tackle what some people see as an over saturation of marijuana businesses in certain neighborhoods of Denver. To allow a more even spread, the new law requires that an analysis is done on which are the most and least popular areas for marijuana shops and grows before any new applications can be made.

The Denver Housing Authority issued a statement in support of the legislation, which it says protects neighborhoods with high concentrations of public housing and disproportionate marijuana operations.
“DHA is an interested party in these proceedings because so many of our public and affordable housing properties are located in communities that already would be considered neighborhoods of undue concentration of marijuana business licenses,” the statement said. “We applaud City Council’s intent to establish a cap on the total number of marijuana business licenses in the City of Denver and the identification of highly impacted neighborhoods where no new licenses would be approved.”
The idea is to make sure the marijuana industry isn’t only flourishing in low income areas of Denver, much like alcohol and tobacco do at the moment.
Any applications made before the vote will still be considered and thus the final cap on the number of businesses may rise.