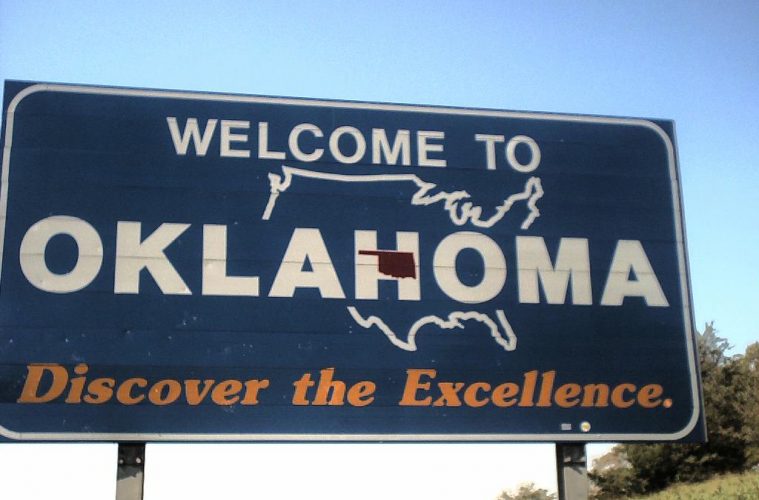 For years, attempts to open up shops in this left-leaning college town to sell things like rolling papers and smoking accessories have faced a harsh crackdown from local law enforcement. Officers raided stores, confiscated merchandise and shut down the operations.

While other states across the nation are easing penalties for marijuana use or legalizing the drug altogether, Norman police and its Republican district attorney are taking the opposite tack: pursuing criminal charges against the now-shuttered Friendly Market shop owner Robert Cox and several of his clerks for selling glass pipes in a local store.

But the latest target of police and prosecutors is fighting back.

Cox and three of his former clerks, including a popular city councilman, have refused plea deals as a third jury trial began this week on charges that carry prison time. They also have the help of a national individual liberty group that says law enforcement should quit wasting taxpayers’ time and money.

The determination of the district attorney to pursue charges — even after a hung jury and an acquittal in the trials of the first two clerks — has left many residents in this central Oklahoma college town scratching their heads.

“We get a lot of people talking about it, and a majority of them think it’s a waste of taxpayer money,” said Angie Mize, 32, a waitress at The Diner, a popular lunch spot a few blocks from the Cleveland County Courthouse. “I think it’s very heavy-handed.”

The latest jury trial is underway on a dozen charges, including one felony count each of acquiring proceeds from drug activity, against Cox and store clerk Stephen Holman, a councilman re-elected earlier this year with nearly 80 percent of the vote despite the pending criminal case.

The charges followed a series of undercover sting operations and police raids on the store that sold a variety of items like tapestries, jewelry, locally made art and glass pipes.

In addition to taking all the glassware from the shop, police seized about $4,000 in cash. Police are seeking to keep the money under the state’s civil asset forfeiture laws.

The police investigation was launched after Holman, whose city council ward includes a large swathe of the University of Oklahoma and student housing, opposed plans by the local police department to spend $280,000 on an armored vehicle.

District Attorney Greg Mashburn and a spokeswoman for the Norman Police Department declined to comment on the case, citing the ongoing trial. A telephone message left with the city attorney was not returned.

Despite Norman’s reputation as a liberal college town, local police have relentlessly targeted so-called “head shops” for years that sell items like pipes and bongs they consider drug paraphernalia.

Cox maintains that all of the items can be used to smoke tobacco and are therefore legal under state law, and similar shops have existed for years in other cities across the state.

The case hinges on the state’s definition of drug paraphernalia, which includes a dozen criteria. Those include things like whether there was drug residue on an object or if the owner knew the buyer would use it for illegal drugs.

Mark Woodward, a spokesman for the Oklahoma Bureau of Narcotics, said his agency has raided similar shops across Oklahoma numerous times, although he acknowledges the agency’s raids focus on shops where store employees discuss using the products for illegal drugs or market illicit substances like synthetic marijuana.

Brecken Wagner, an attorney representing Holman and Cox with his partner, Blake Lynch, maintains that the case isn’t about the sale of glass pipes, but about police and prosecutors wielding power over the citizens.

“This goes to … the power of the government to come in and take your things, and you’re just supposed to take it,” said Wagner, who said Cox refused an offer by prosecutors to plead guilty to a misdemeanor and allow authorities to keep his seized cash and merchandise. “You can’t fight back because you don’t have the money to fight back.”

Wagner said the defense costs are being paid by DKT Liberty Project, a Washington, D.C.-based nonprofit committed to privacy protections and “guarding against government overreaching.”

Wagner lamented the costs to taxpayers of the police investigation and ongoing prosecution.

“We had a three-day jury trial, twice, on misdemeanor possession of paraphernalia charges,” Wagner said about the two previous trials of two store clerks. “You’re talking about an investigation that was multiple departments over several days each time with city, state, county and federal officials involved.

“I can’t even imagine what the cost to the taxpayer is.”