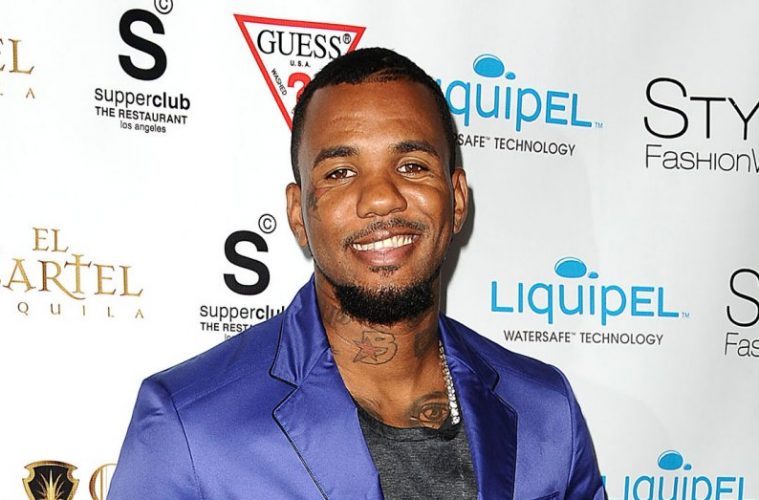 Compton Rapper The Game Now Co-Owner Of A Pot Dispensary

The Game is best known as a hip-hop artist, handpicked by Dr. Dre to join the rap group G-Unit. He’s also taken on the title of actor, with roles in several films and his own reality TV show. Now he has a new role: “potrepreneur.”

The Los Angeles rapper, whose real name is Jayceon Terrell Taylor, has become part owner of The Reserve, one of 10 licensed medical marijuana dispensaries in Santa Ana.

He’s also developing branded strains of marijuana flowers and concentrates that will be available first at his Tech Center Drive shop, then at other licensed dispensaries by the end of the year.

“Our mission as a community is simple: safe and legal access to a plant that saves lives and changes futures,” The Game said in a statement.

The Compton native said he considers medical marijuana access a human rights issue. And he sees it as being in line with his efforts in July, when he and fellow rapper Snoop Dogg led a march to a Los Angeles Police Department graduation ceremony to promote ending violence between cops and men of color.

“At the foundation of every emerging industry is good people willing to stand up, step out and pave the way for future generations to come,” he said. “The Reserve is my platform for nationwide education and statewide access to consistent, locally grown, premium medicine.”

The Game frequently raps about his affinity for “ganja” and “reefer.” He’s headlined the High Times Cannabis Cup festival in San Bernardino. He also collaborated with Anaheim-based GFarmaBrands on a line of cannabis-infused lemonades and pre-rolled joints.

Other marijuana-friendly celebrities that have marketed industry products include Snoop Dogg, Willie Nelson, Whoopi Goldberg and the family of Bob Marley.

“A lot has changed in the cannabis market,” said Darice Smolenski, who shares ownership of The Reserve.

A majority of Americans tell pollsters they support making marijuana legal. More cities are welcoming dispensaries, and Californians will vote in November on legalizing the drug for all adults. With the market poised to explode if Proposition 64 passes, Smolenski said she hopes The Game’s collaboration “solidifies our place in the market.”

The two-time Grammy nominee isn’t the first celebrity to throw his name behind a local dispensary, but he’s the only one with a shop that’s actually open.

When Santa Ana first drew numbers in a February 2015 lottery for 20 pot shop licenses, rapper B-Real of Cypress Hill was at City Hall to claim one. But 18 months later, his Dr. Greenthumb dispensary hasn’t opened, with reports of trouble getting approval from the neighborhood building association.

In February, Costa Mesa-based CalCann Holdings announced one of three shops it was licensed to run would be backed by comedian Roseanne Barr. Roseanne’s Joint was slated to open in late spring, with custom products designed by Barr.

Now, CalCann partner Aaron Herzberg said a dispensary called Bud and Bloom will open at the St. Gertrude Place location within three weeks. He declined to comment further, and the comedian’s camp didn’t respond to a request for updates.

The other eight dispensaries that won licenses through the city lottery are in various stages of the permitting process, according to Cmdr. Jose Gonzalez with the Santa Ana Police Department.

Meanwhile, The Game just can’t seem to get enough of Orange County.

In April, he performed at Sutra nightclub in Costa Mesa alongside Sean “P. Diddy“ Combs. He visited The Reserve for the shop’s grand opening this summer. And he’s hosting another meet and greet at the Santa Ana store before playing a concert at The Observatory on Friday.