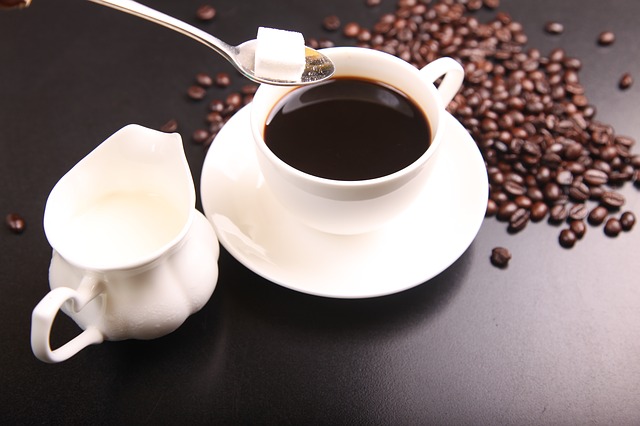 The short play starts with cannabis-infused coffee in a Keurig-compatible pod.

Financial terms were not disclosed for the agreement, which covers the production, distribution and sale of Kush Cups’ hot coffee, cold brew and teas within Nevada.

With the new partnership, the companies join a growing line of cannabis firms that have produced marijuana-infused coffee pods.

“I feel beyond strong. Words can’t explain,” Rick Chavez, founder of Kush Cups Nevada LLC, told The Cannabist. “A lot of people have this perception that a lot of categories in this industry are full. … There’s just endless possibilities.”

For Kush Cups, the company aimed to differentiate itself from the crowd by launching strain-specific coffee and tea products made via a cold-water hash-infused process, Chavez said. Until now, the products have been sold mostly in California with some presence in Arizona and Colorado, but the sourcing, testing and distribution aspects have been somewhat disjointed.

“This is allowing us to enter the Nevada market and perform a seamless operation from production all the way to (distribution),” he said.

And for GB Sciences, it’s the first deal of its kind for the firm and, as such, represents a key step toward building the company’s brand and meeting long-term goals, CEO John Poss said in an interview with The Cannabist.

“We’re not expecting this Kush deal to make or break us,” he said. “It’s the first in a series of deals we expect to announce where we will be signing up brands for Nevada and other states.”

While GB Sciences will make some plays in the infused products arena — Poss recently got a call from an energy drinks maker, for example — the heart of the operation remains entrenched in the science.

Earlier this year, the company opened a 28,000-square-foot cultivation facility in Vegas that has the capacity to grow 4,000 plants and generate upward of $20 million in revenue annually, officials announced in January. GB Sciences plans to employ clean-room technology and incorporate practices to eventually qualify for the Food & Drug Administration’s Good Manufacturing Standards, Poss said.

The company has a couple of patent application in motion for a multiple-cannabinoid approach to target specific diseases, Poss said. GB Sciences is working with a contract research organization to identify the best path for those discoveries — be it a route direct to dispensary, dietary supplement or FDA-approved drug.

“We’re building a good, solid, cash-flow company with an embedded moonshot,” he said.

Poss said GB Sciences is operating like a pre-revenue startup and should start generating revenue in its current fiscal year, which began on April 1. The latest quarterly filing for GB Sciences (OTCQB: GBLX) shows the company had an operating loss of $6.6 million for the nine-month period that ended on Dec. 31, and a net loss of $7.3 million, according to U.S. Securities and Exchange Commission documents.

“We’ll grow and sell high-quality cannabis-infused (products),” he said. “All the while, we’re trying to launch a ship to Mars with one of these FDA-approved drugs.”