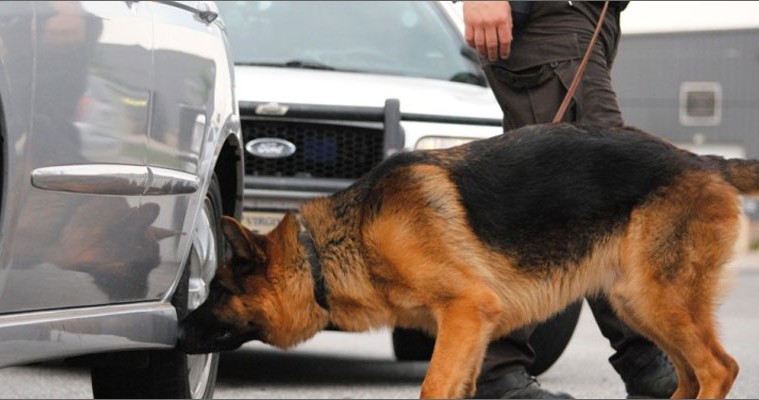 When Greeley police dog Rocko turned his head to the left and snapped his jaws as he stood outside the car about 12:45 Saturday morning, officer Kevin Clarey knew there were drugs inside.

Rocko is trained to react that way if he smells illegal narcotics, such as methamphetamine or heroin. Rocko’s reaction led officers to search the car and then the driver, who they’d found slumped over the steering wheel asleep not long before.

Although Rocko can tell officers if he smells drugs, he can’t tell them what kind of drugs he smells, nor can he say how much. That limitation was the subject of a July 14 Colorado Court of Appeals ruling on a 2015 case from Moffat County. In that case, a dog alerted officers to the presence of drugs, prompting them to search a truck they’d stopped. The Colorado Court of Appeals ruled because the dog couldn’t tell the officers whether he smelled marijuana or other, illegal drugs, the search was invalid. If, for example, police searched the car and found only a legal amount of marijuana, they would have violated the owner’s expectation of privacy. The three-judge panel ruled, in the days of recreational marijuana, officers need to base a search on more than a dog’s reaction.

While this might sound like a thorny legal issue, in Weld County, it’s not, really. Neither Rocko nor the Greeley Police Department’s other dog, Cairo, has been trained to alert officers to the smell of marijuana. That means if the dogs tell officers they’re smelling drugs, an illegal substance is involved.