Colorado sets record with $117M in weed sales for April

Colorado’s monthly cannabis sales have reached a new apex in the legal era with a record-setting $117.4 million worth of flower, edibles and concentrates sold in April 2016.

According to data reported by the state Department of Revenue, marijuana shops sold almost $76.6 million in recreational cannabis for April, significantly eclipsing the previous high-water mark of $62.2 million for December 2015.

For an eye-popping comparison, recreational sales increased more than 80 percent from $42.4 million in April 2015. BDS Analytics, a firm that specializes in cannabis industry data, had projected a huge month for Colorado marijuana retailers. BDS, which collects data from dispensaries’ point-of-sale systems,noted that in 2015, three of the year’s 10 most lucrative days landed on the April 20 marijuana holiday and the weekend that preceded it.

Medical marijuana sales for the month also were robust at $40.8 million, which is a 22 percent increase from the previous month.

Colorado has now exceeded $100 million in monthly marijuana sales three times, the others being last August ($100.6 million) and December ($101.3 million).

April’s recreational cannabis sales marked a 35 percent increase compared with the first three months of this year, which averaged $56.7 million.

The record-setting sales also meant a healthy revenue haul for the state. There are three different taxes on Colorado’s recreational cannabis — the standard 2.9 percent state sales tax, a special 10 percent sales tax and a 15 percent excise tax on wholesale transfers, which is earmarked for school construction projects. The more than $5.5 million collected in excise tax is a monthly record from when recreational sales began in January 2014, and brings the yearly total to $16.7 million.

Through four months, Colorado has amassed almost $57 million in taxes and fees for medical and recreational cannabis. 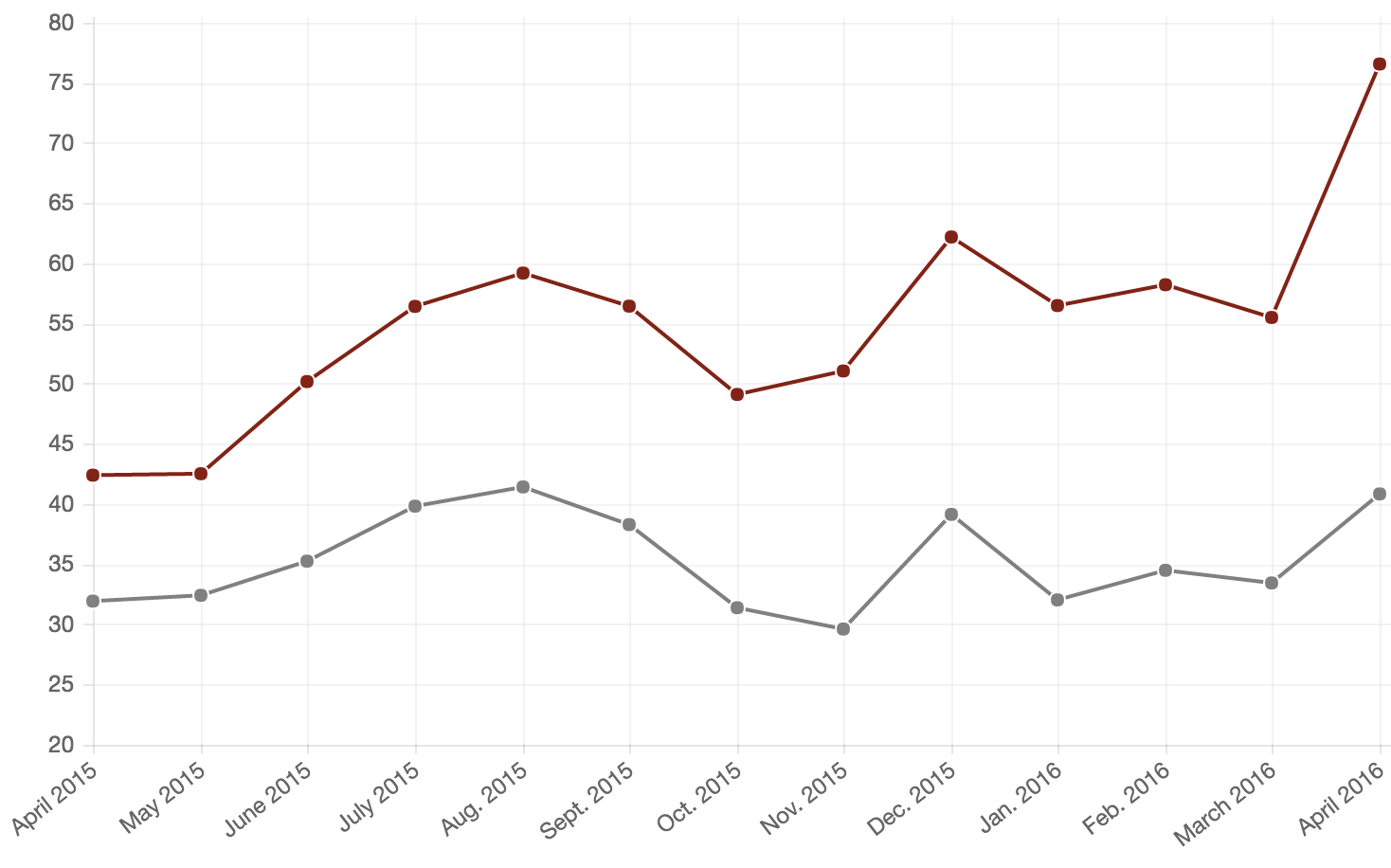