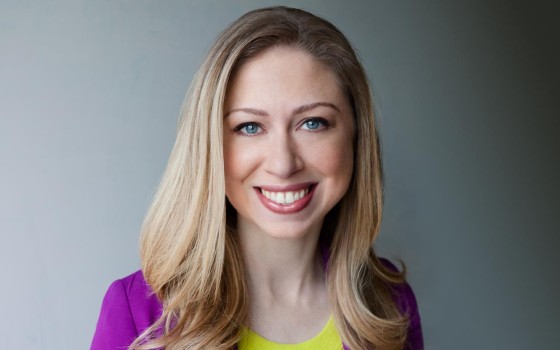 Speaking at a town hall at Youngstown State University over the weekend, Chelsea Clinton made a remark about the risks of marijuana use that left many drug reform advocates scratching their heads. The daughter of Democratic presidential candidate Hillary Clinton suggested that legal marijuana use had contributed to the deaths of people who were using other drugs simultaneously, due to a bad drug interaction.

An audience member had asked the younger Clinton about her mother’s support for changing the federal regulatory status of marijuana to allow more research into potential medical uses of the drug. Chelsea responded that Hillary Clinton supports more research, and that she supports the states experimenting with various medical and recreational regulatory regimes for marijuana.

Then she said the following:

But we also have anecdotal evidence now from Colorado, where some of the people who were taking marijuana for those purposes, the coroner believes, after they died, there was drug interactions with other things they were taking.

Marijuana advocates were perplexed by the apparent implication that marijuana could be deadly.

“The former and possible future first daughter of the United States acknowledges that marijuana has medical value, but she also seems to believe that cannabis use can lead to death,” wrote Tom Angell of the pro-legalization group Marijuana Majority in a piece for marijuana.com.

On its own, marijuana is not known to have any fatal dosage level. The DEA itself acknowledges that nobody has ever died from marijuana alone.

A spokeswoman for Chelsea Clinton told The Post in a statement that “while discussing her and her mother’s support for rescheduling marijuana to allow for further study of both its medical benefits and possible interactions with other medications, Chelsea misspoke about marijuana’s interaction with other drugs contributing to specific deaths.”

She added, “Hillary Clinton has said we should allow states that have reformed their marijuana laws to act as laboratories for our democracy and we should reschedule marijuana from a Schedule I to a Schedule II substance.”

Ethan Nadelmann, executive director of the Drug Policy Alliance, said in an interview that “there’s zero evidence anywhere that using marijuana in combination with other drugs can be fatal.” He added, “one of the things that make marijuana such a safe drug to use is that if you combine it with anything, it’s not fatal.”

Researchers generally agree that marijuana use is less risky than the use of a number of other common recreational drugs, including alcohol and tobacco.