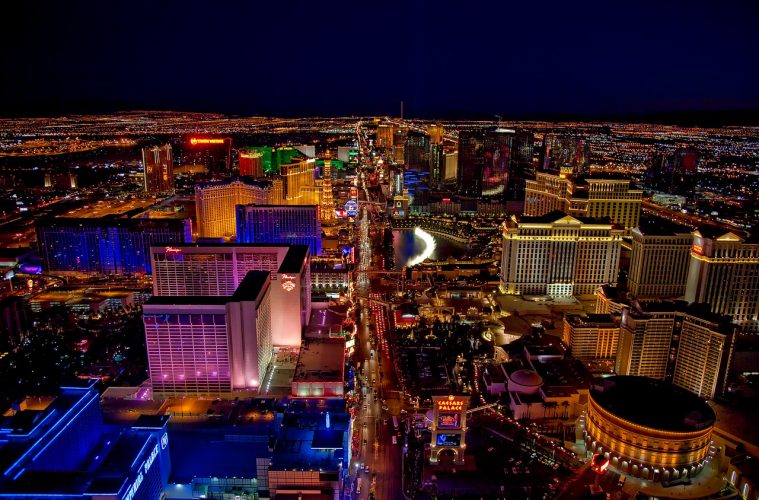 Can you buy cannabis in Nevada tomorrow?

Lines are expected Saturday outside some medical marijuana dispensaries in Las Vegas and other Nevada cities that will begin selling pot for recreational use for the first time since voters approved it in November.

It’s the fastest turnaround from the ballot box to retail sales of any of the seven other states and the District of Columbia where pot is legal.

It comes after an ongoing legal battle over the drug’s distribution created uncertainty but ultimately won’t affect the kickoff.

Here’s a look at what’s expected this week:

What will happen Saturday?

Anyone who is 21 with a valid ID can buy up to an ounce of pot, one-eighth of an ounce of edibles or concentrates. State regulators have notified at least 17 retail outlets that they have been approved for recreational sales and as many as 40 could be licensed by Saturday.

Some outlets plan grand opening events at 12:01 a.m., and one in Las Vegas is having a barbecue with raffle drawings.

Nevada Dispensary Association President Andrew Jolley isn’t sure what kind of turnout to expect but said, “We are anticipating a lot of very happy customers.”

Industry experts predict Nevada’s market will be the nation’s biggest, at least until California plans to begin recreational sales in January.

Nevada sales should eventually exceed thosein Colorado, Oregon and Washington state because of the 45 million tourists who annually visit Las Vegas. Regulators anticipate 63 percent of customers will be tourists.

“I don’t think we’ve ever seen anything quite like what Nevada is going to look like just because of the sheer volume of tourism in the state,” said Nancy Whiteman, co-owner of the Colorado-based Wana Brands, which makes edible pot products.

However, it’s not clear how many people know pot is about to be legal. The law bans marijuana advertising on radio, TV or any other medium where 30 percent of the audience is reasonably expected to be younger than 21.

Where can I light up?

It’s illegal in public places, including parks, sporting events, moving vehicles, casinos, hotels, concerts, festivals and while you’re walking down the street. So is drinking alcohol outdoors on the Las Vegas Strip, which generally isn’t enforced unless someone is causing trouble. It’s not clear yet if pot will be handled similarly.

People have been allowed to use marijuana in private homes since Jan. 1, but there has been nowhere to legally buy it without a medical card. Where you can buy recreational pot will change Saturday, but not where you can smoke it.

Using pot in public can get lead to a $600 ticket. It’s OK to smoke on the front porch of your home, but consumption is prohibited on U.S. property, from national forests to federally subsidized housing.

Why do hotel-casinos ban pot?

They operate under federal licenses, and the U.S. government outlaws the drug. That means tourists will have a hard time finding a place to use it legally despite being the biggest expected piece of the market.

It’s one reason Whiteman and others think edibles will be most popular with tourists, who can eat the goodies almost anywhere without attracting attention, including casino floors where cigarettes are allowed but pot-smoking is not.

Legislation to establish marijuana clubs and other places to smoke pot failed this spring but will be revisited by lawmakers in 2019. State Sen. Tick Segerblom, a leader of the legalization push, anticipates worldwide advertising urging tourists to “come to Nevada and smoke pot — so we must provide a place to do so.”

One Denver-based entrepreneur already has set up cannabis-friendly condos just off the Las Vegas Strip that allow pot smoking but not cigarettes. There’s also a “Cannabus” tour that offers riders a peek inside dispensaries, a grow facility and a swag bag filled with rolling papers and other gifts.

The drug’s potency is much higher than stuff sold on the streets a couple of decades ago. Edibles are the biggest concern because the effects can sneak up on pot newbies, who may take too much without realizing they are slowly getting high.

All packaged edibles, from gummies to brownies, must carry labels warning that the intoxicating effects may be delayed for two hours or more and that users should initially eat a small amount.

What about the legal battle?

A court order has denied pot distribution licenses to anyone other than the alcohol industry, which the state intends to appeal. The ballot measure passed by voters says liquor wholesalers have the exclusive right to transport marijuana from growers to retailers, the only legal pot state with such an arrangement.

But existing dispensaries can sell their stockpiled inventory for recreational use until they run out, with most thinking they can last three weeks or longer. That means retail stores could have a supply shortage as August approaches.

By then, however, the state should have issued at least some distribution licenses to alcohol wholesalers.

“I get the sense that most, if not all, dispensaries will have sufficient inventory to serve retail customers until distributors are up and running,” Nevada Dispensary Association President Andrew Jolley said.