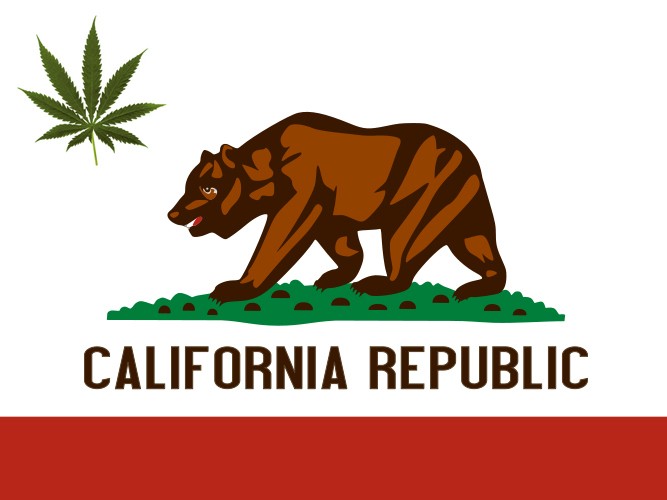 If the Trump administration decides to crack down on state marijuana programs, a group of legislators wants to make it illegal for California authorities to help them.

A bill introduced Friday in the state Assembly would prevent state and local agencies from using their resources to help federal authorities go after marijuana consumers or businesses who are following California law unless the feds have a court order signed by a judge.

The bill is the latest in a string of efforts by Democratic leaders in California to prevent President Donald Trump’s administration from reversing state policies aimed at protecting immigrants, the environment and affordable healthcare. This time, the goal is to protect the state’s 20-year-old medical marijuana program and its three-month-old law on recreational marijuana.

“I think this is definitely one of these laws which is being passed to make a statement,” said Aaron Herzberg, an attorney and cannabis real estate developer based in Costa Mesa. “Whether or not it changes the reality is up for debate.”

California was the first state to decriminalize medical marijuana in 1996, with 27 other states following suit. And in November, with Proposition 64, California joined seven other states that have now legalized recreational cannabis.

Still, marijuana remains illegal under federal law, classified as a Schedule I narcotic – a category reserved for drugs such as heroin that are said to be highly addictive and have no medical value.

The Obama administration largely let states carry out their own legalization schemes so long as they enforced regulations aimed at preventing sales to minors, money laundering and other criminal offenses. But its unclear what might happen under the Trump administration, which includes staunch marijuana opponent Jeff Sessions as Attorney General.

Assembly Bill 1578 says law enforcement officers and anyone involved with licensing marijuana businesses could not use staff, money, property or equipment to help federal authorities “investigate, detain, detect, report or arrest” anyone who’s acting in accordance with California’s medical and recreational marijuana laws.

State authorities also couldn’t hand anyone over to federal agents for marijuana enforcement under AB 1578.

While Herzberg called the bill a “nice token,” he said the federal government doesn’t need much help from local authorities if it wants to go after marijuana businesses.

“They’re much more powerful and have many more resources than the state does,” he said.

But Kandice Hawes, executive director of the Orange County chapter of the marijuana rights group NORML, said the bill is important given the “new and unpredictable” presidential administration.

“With the new medical marijuana regulations going into effect in the next couple years, cannabis business owners need a state law protecting their interests after going through a lengthy regulation process,” she said.

Until Congress brings federal law more in line with both public opinion and the policies in place in a majority of states, NORML Deputy Director Paul Armentano said local leaders have to do what they can to protect their voter-approved marijuana laws.

“It is incumbent that state politicians stand up to defend the laws of their state and the will of their constituents,” he said.

The legislation is one of 32 marijuana-related bills pending before the state Assembly and Senate this session. The bills tackle everything from packaging for edibles to impaired driving tests to how marijuana businesses pay their taxes, as the state scrambles to create regulations and a licensing system before a Jan. 1, 2018 deadline imposed by Prop. 64.