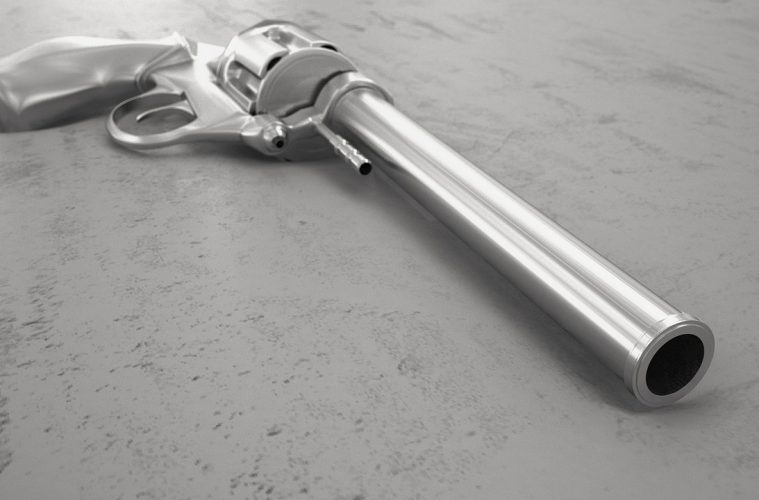 The federal government just doubled down on its efforts to keep guns away from cannabis patients and legal adult-use marijuana consumers.

The federal Bureau of Alcohol, Tobacco, Firearms and Explosives has long had an existing ban on gun sales to anyone who uses marijuana. The ban was upheld in a controversial 9th U.S. Circuit Court of Appeals ruling in August; a medical marijuana patient in Nevada said the ban violated the Second Amendment, but the 9th Circuit unanimously agreed that pot and other drug use “raises the risk of irrational or unpredictable behavior with which gun use should not be associated.”

Now the ATF is releasing a revised version of Form 4473 — the federal Firearms Transaction Record and considered “ATF’s most important form,” according to an ATF representative — that adds a new warning statement reminding applicants that marijuana is still considered federally illegal despite state laws allowing medical marijuana or recreational use. In other words: The ATF doesn’t want gun sellers or buyers to mistake the increasingly common state-legal cannabis for the nonexistent federally legal marijuana.

“We were concerned that some buyers who use marijuana may read the 2012 language asking if they were an ‘unlawful user of, or addicted to, marijuana’ and erroneously say no because in that particular state, marijuana has been legalized. Most dealers recognize that marijuana use prohibits people from purchasing firearms under federal law, but many members of the general public may not be as familiar with the Gun Control Act.”

The current version of Form 4473 reads: “Are you an unlawful user of, or addicted to, marijuana or any depressant, stimulant, narcotic drug, or any other controlled substance?” Since gun sellers are relying on their customers to tell the truth — and because lying on a U.S. government form is equated to committing a federal felony crime — the ATF added a more explicit warning to the newly revised form, which goes into circulation on Jan. 16, 2017:

“Warning: The use or possession of marijuana remains unlawful under Federal law regardless of whether it has been legalized or decriminalized for medicinal or recreational purposes in the state where you reside.”

The bureau’s ban has long been a point of contention for legalization activists and would-be gun owners — though the nation’s leading voice on gun advocacy issues has long been silent on the issue.

But even after the Ninth Circuit’s recent ruling upholding the ban, the National Rife Association did not return calls and emails seeking comment — spurring multiple op-eds and essays that asked questions like: “On marijuana users’ right to bear arms, where’s the NRA when you need them?”

The ATF released an open letter in 2011 to provide guidance to its licensees that were seeing an increased number of customer questions about the ban.

“Marijuana is listed in the Controlled Substances Act as a Schedule I controlled substance, and there are no exceptions in Federal law for marijuana purportedly used for medical purposes, even if such use is sanctioned by State law,” the letter read. “Therefore, any person who uses or is addicted to marijuana, regardless of whether his or her State has passed legalization authorizing marijuana use for medicinal purposes, is an unlawful user of or addicted to a controlled substance, and is prohibited by Federal law from possessing firearms or ammunition.”

The ATF is required to review and update Form 4473, which was last revised in 2012, every couple years under the Office of Management and Budget’s Paperwork Reduction Act, the ATF’s Meiman said.