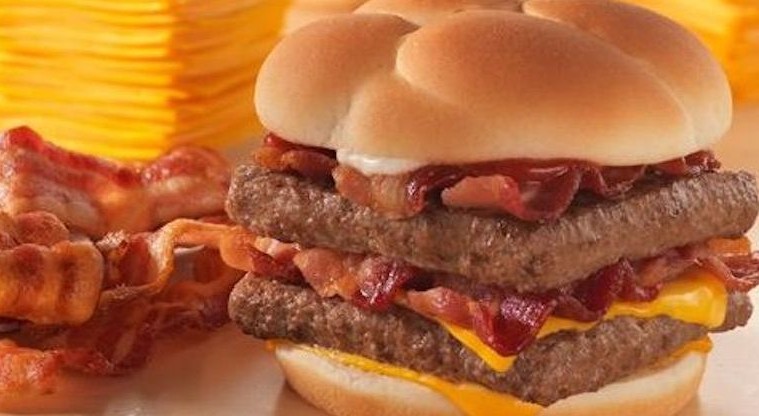 A quick thinking marijuana user was outsmarted by a drug dog this week as they found his stash in a Wendy’s Baconator.

One could be forgiven for thinking that the overwhelming smell of a Wendy’s Baconator would cover up the smell of a baggie full of bud but in this case officers in Milton, West Virginia found that their drug dogs will still smell it even through all that bacon.

In a post on its Facebook page, the police department explained that “hiding marijuana inside a cheeseburger will not keep our K9 from smelling it.”

The saga of the baconator began when cops approached a group of people at A sheetz gas station, at some point, they bought in a drug dog and the dog managed to find the weed in the burger. Or perhaps the dog was hungry and the weed just happened to be in the burger.

As the owner had less than 15 grams, he got a ticket for possession.

“We could have taken them to jail,” Milton police officer Sean Beckett said. “It’s a jailable offense, but with a little amount like that, a lot of times it’s just a possession citation.”

“Naturally the suspect’s statement when the officers found the marijuana was, ‘I just got that burger. They must have put it on there when I got it,’” the Facebook post said.

“Wendys.com shows that marijuana is not a standard ingredient for Wendy’s Baconators,” they wrote.