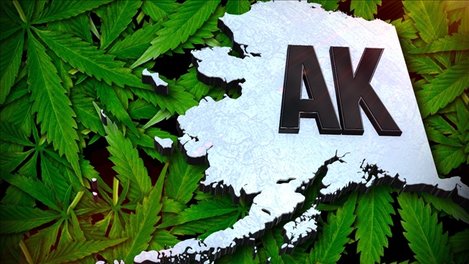 Marijuana shops have started to open up for business in Fairbanks, Juneau and Valdez, but Anchorage is still weeks away from having its first open pot retailer.

Enlighten Alaska co-owner Jane Stinson said the business in Anchorage’s Spenard neighborhood has experienced some setbacks. She said thieves stole about $5,000 worth of equipment over the Thanksgiving holiday and the business has had problems with getting the building it rents up to city code.

“We have to come up to compliance, and it’s costing a lot of money to make sure that we have enough parking, snow removal, gates around our dumpsters and those kinds of things,” Stinson told the Alaska Public Radio Network.

Under Anchorage’s building code, a property that goes through a change of use has to be updated so that out-of-date design features are removed.

Anchorage Assembly member Dick Traini has been leading efforts to add regulatory steps for potential marijuana businesses since voters legalized pot statewide in 2014. After a recent meeting on pot shop licenses at the Planning and Zoning Department, Traini said these types of prerequisites are “just the cost of doing business.”

“Because we’re the largest urban area in Alaska. The dynamics that come with an urban area requires us to be a little more precise than say Fairbanks, or Valdez or any other place,” he said.

Erika McConnell, the city’s marijuana coordinator, said many pot shop owners have been forced to move into older buildings, which require more work to be brought up to code.

“They can’t get finances from banks, can’t get investments from out of state, from larger companies, (so) they presumably don’t have very much capital available to them,” McConnell said. “So they have to look for these properties that are older, or vacant or less well-kept-up.”

Of the retail shops close to opening in Anchorage, Dankorage and Alaska Fireweed say they’ll be ready for customers later this month.