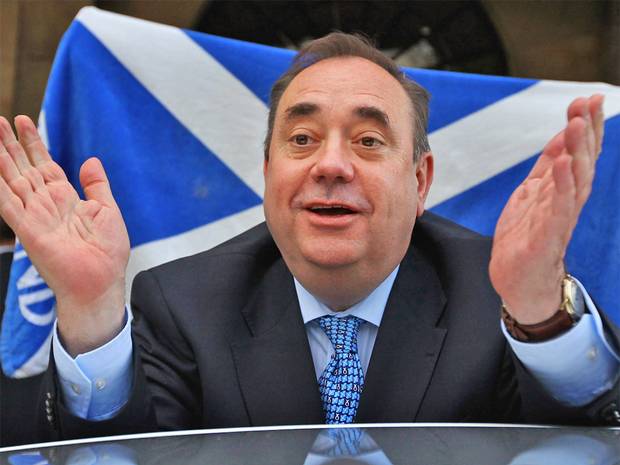 Alex Salmond, MP for Gordon and former first minister of Scotland has hinted he may have tried using cannabis at university.

However, in an apparent joke aimed at Bill Clinton he says ‘He didn’t exhale’. He also joked that there are a lot of dabblers out there, ‘including yourself’, directed at Iain Dale a presenter for his weekly radio phone in show.

Mr dale insisted he had never taken any drugs, to  which Mr Salmond said: “For goodness sake, what a life you’ve led. Until Iain Dale got on the radio he did nothing at all exciting, folks.”

Asked about the Lib Dems’ call this week for cannabis to be legalised, the SNP MP said: “The difficulty with legalisation is the nature and types of different aspects of cannabis.

“The only thing I’ve been able to nail down as I think a deliverable objective is cannabis for medicinal purposes for people with long-term conditions and illnesses.”

He said he was “hugely sympathetic” to doing that, but went on: “In terms of broad legalisation you would have a difficulty now in trying to differentiate between a variety of categories of the drug.”