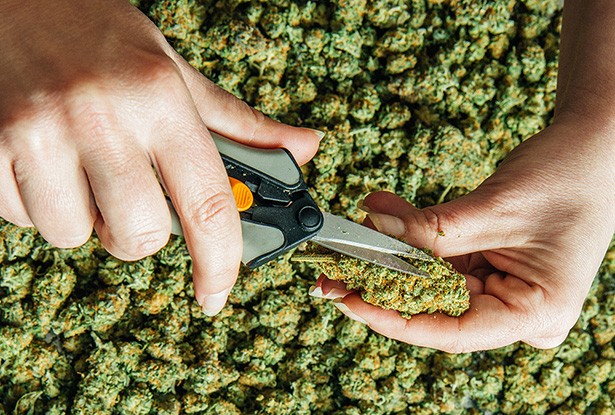 Before the end of 2017, a five-acre site near Claresholm, Alta., will be full of greenhouses growing medical marijuana plants.

The industry is booming in Alberta, despite the plans for federal legalization of marijuana being more than a year away — making for a lot of excitement, as well as some concern.

Construction is set to begin in June for the 65,000-square-foot medical marijuana greenhouse, with room for expansion into the production of recreational products, once pot is legalized on Canada Day next year.

“What’s kind of most fascinating at this stage is the volume of different businesses that want to be involved (in the sector),” said Calgary marijuana lawyer John Davidson, whose client list is growing by at least one new marijuana-related business a month.

Davidson said he has clients who are creating everything from food and beverage products, natural wellness products and even high-efficiency lights that would assist with growing marijuana.

It’s expected that the greenhouse will be one of the town’s largest employers when it opens in six to eight months.

The co-owners of Custom Cannabis in Claresholm said they’re being bombarded with resumes from people living in the area, who are hoping to be one of the 35 staff members that will run the greenhouse.

While excitement is abundant, there are some concerned citizens who are speaking out against the legalization of marijuana.

Sharon Schubert and Yvonne Clark, two grieving mothers whose sons died from overdoses, are speaking out against the upcoming legalization of recreational pot, saying they fear it could cost other families and their children.

“(My son) thought it should be legalized but when marijuana was no longer working, he went on to prescription drugs,” Schubert said.

They say that while there are economic and tax benefits to making recreational pot legal, it’s not worth the social cost.

“Brains aren’t fully developed until they’re 25, that’s a fact, and most likely they’ll legalize it at 18,” Shubert said.

“It’s going to get into the wrong hands of the wrong consumer. I think that it’s a wrong message,” Clark added.

The law firm and federal officials are also warning businesses that while marijuana legalization is on the horizon, any business dealings must be done minding current laws around the substance.