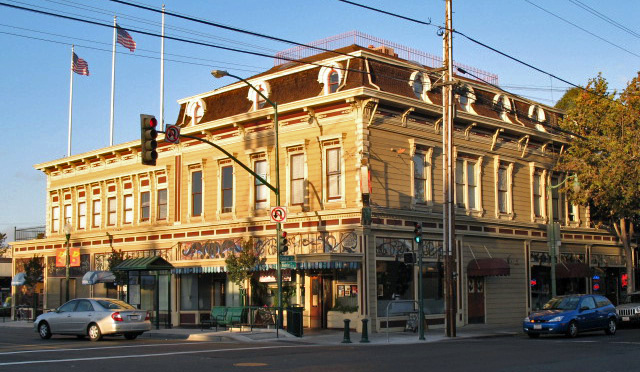 Alameda residents may miss out on recreational cannabis

Residents who use marijuana for medical treatment will be able to purchase cannabis locally, but buying and smoking pot for fun isn’t in the cards for now.

That’s the intent of guidelines being considered by the Alameda City Council when determining how to license marijuana sales, distribution and consumption within the city.

Medical marijuana, dispensed through licensed businesses and regulated through a doctor’s prescription, has been legal for two decades. Last November, California voters approved Proposition 64, which allowed for sales of recreational pot through dispensaries as well.

Cities have until Jan.1, 2018, to determine if they will license sale of recreational cannabis, ban it outright or allow only medical sales. The deadline coincides with the legalization of all cannabis by the state of California.

During a six-hour session Oct 21, the council painstakingly examined every aspect of a proposed ordinance which city staff will draw up and present for approval during the Nov. 7 council meeting.

The council chambers were filled with pot supporters, many of whom already work in the cannabis industry.

City staff had drawn up a strict proposal that would ban all recreational use and prohibited pot smoking in parks and public places, all apartment or condominium complexes and within dispensaries.

Marijuana production would have been limited to Alameda’s business parks and the proposal would have allowed for testing of marijuana for purity at qualified laboratories.

Alameda resident Howard Harawitz said he was “shocked“ at the strict terms and wondered how such a recommendation could be made given that local voters approved Prop. 64 by a ratio of more than 2-to-1.

“Why is the staff more concerned about that than alcohol?” he said. “Why do you ignore basic facts and when can I smoke in Alameda?

Khari and Sascha Stallworth are Alameda residents who combine cannabis into edible products. They stressed their local ties and community involvement in backing the opening of pot dispensaries.

“We are about responsible use,” Khari Stallworth said, “We are going to bring money to this town. You will be proud of us.”

But Karen Bey advised the council to look at the larger picture when deciding what to approve.

“Marijuana addiction can also lead to stronger drugs and the social problems they could cause including joblessness, homelessness and crime,” she said.

“I am concerned that we look at the total impact,” she said. “Just because there hasn’t been an arrest doesn’t mean that there isn’t an impact.”

The council must decide whether some cannabis licenses will be allocated based on an equity plan similar to neighboring Oakland.

Under Oakland’s plan, some licenses would be reserved for residents who live in certain neighborhoods where marijuana arrests have historically been high.

The intent is to provide reparations for the federal government’s previous war on drugs which fell disproportionately on young African-American and Latino men.

A study of 923 Alameda arrests over a 20-year period found that 33 percent of those arrested were African American though they comprised only 6.4 percent of the population.

Fifteen percent were Latino compared with a population of 10 percent citywide. Though whites comprised 54 percent of Alameda’s population, their arrest rate was 12.5 percent. Asians made up 22 percent of the population, but had an arrest rate of only 9 percent, according to the study.

Despite the results, city staff was not recommending an equity program, said Debbie Potter, Alameda’s director of community development, which would implement the program.

The facts do not warrant a special program because the numbers of arrests in the city is comparatively low and at least half of those arrested were not from Alameda, she said.

“There was no war on drugs in Alameda because the numbers were so small,” she said.

Mayor Trish Herrera Spencer was skeptical of the data and asked that the staff return with a year-by-year breakdown of the arrests over the past two decades.

Arrests of Latinos and African American make up 48 percent of those taken into custody for marijuana, Herrera Spencer said, showing that the arrest rate had a huge impact on the poor and people of color.

A majority of the council agreed to several key points of the proposed ordinance: