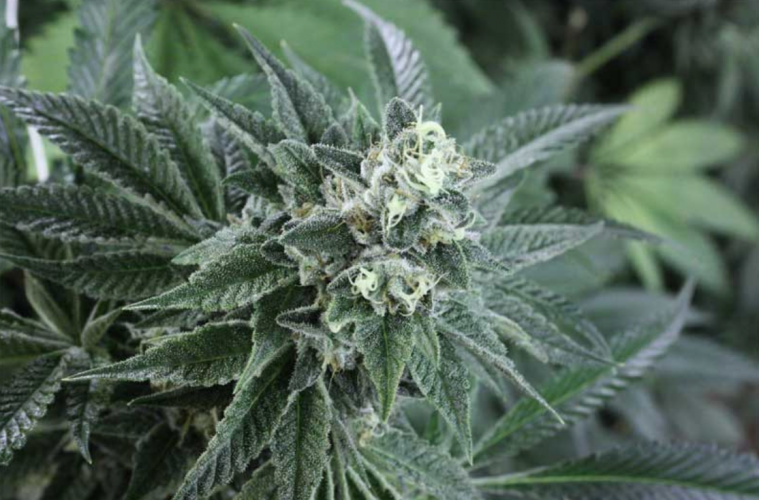 The activists aiming to implement strict THC limits on Colorado’s recreational marijuana industry will withdraw the controversial Amendment 139 next week, their attorney told The Cannabist on Friday.

“139 is done,” said attorney Frank McNulty, Colorado’s former Speaker of the House and the lawyer representing the Healthy Colorado Coalition, made up of citizens pushing for tighter controls on the cannabis industry. “This is something I spent a great deal of time on in my last two years in the legislature, and my interest in protecting our state and our kids hasn’t waned since then.

“Somebody has to hold this industry accountable, because our governor and our legislature certainly aren’t doing it.”

A representative with the Colorado Health Research Council — the well-funded coalition created by the marijuana industry and its partners to fight 139 and other attacks on the industry — responded to the withdrawal of the amendment by calling it a “poorly drafted initiative.”

“This was an ill-conceived initiative that would have denied medicine to veterans and patients, undermined public safety and gutted the cannabis industry,” said CHRC representative Neal Levine. “This failed because the proponents could not generate public support for their poorly drafted initiative.”

Amendment 139 is a constitutional amendment that would limit the THC potency of dried marijuana and pot products sold recreationally at 16 percent — which is less than the average potency for cannabis flower in Colorado, according to a state study. The CHRC estimates that 80 percent of the cannabis products on Colorado shelves today would be considered illegal under the measure.

The amendment would also mandate warnings printed on product packaging that say marijuana’s health risks include “permanent loss of brain abilities.” That specific phrasing has been controversial with pro-legalization activists, and McNulty ties it back to a National Institute on Drug Abuse fact sheet that reads:

“Marijuana also affects brain development. When marijuana users begin using as teenagers, the drug may reduce thinking, memory, and learning functions and affect how the brain builds connections between the areas necessary for these functions. Marijuana’s effects on these abilities may last a long time or even be permanent.”

The Healthy Colorado Coalition, which had proposed the amendment, announced in a media release that a new group would be formed “to hold Big Marijuana accountable.”

“Our grassroots coalition born of this effort will create a new organization in Colorado dedicated to upholding the health and safety of all Coloradans and, most importantly, we will hold the commercialized marijuana industry accountable for what they are doing to our state, our kids and our communities,” Amendment 139 representative Ali Pruitt said in the release.

The amendment’s other designated representative, former Lakewood High School principal Ron Castagna, added in the release: “At least for now, the racketeers have won. The marijuana moguls put a pile of campaign cash on the table and won. Our kids and our communities are in crisis, for now.”

McNulty told The Cannabist and other outlets on Friday that a group opposing the amendment had paid off signature-gathering firms to not work with the Amendment 139 team.

“The 139 opponents went out and bought up some of the most important circulators in the state, and without them we didn’t have the ability to get it to the ballot,” McNulty said. “They went out and paid these circulating firms to not circulate petitions for 139.”

When asked what political consulting firms he was referencing, McNulty named Colorado Springs-based Kennedy Enterprises. The firm’s president Dan Kennedy told The Cannabist he wouldn’t ever comment on any matters pertaining to current, future or potential clients.

Some members of the state’s cannabis industry were “thrilled” with the news of Amendment 139’s withdrawl.

“As a member of the CHRC, we are thrilled that this misguided assault on patients, consumers, our business and our employees is over,” said Erik Williams, the director of government and public affairs at Denver-based marijuana group Mindful. “We are disheartened by the 139 proponents’ vow to continue their assault. We vow to always stand up for our patients, community, employees and their families and our business.”

Tru Cannabis CEO Bruce Nassau, the incoming board chair of the Marijuana Industry Group, said his group’s members will continue to work with interested parties “to fine-tune the regulations and operating procedures to address issues as they arise.”

“We are pleased that the ballot measure has been pulled,” Nassau said in a statement. “The marijuana industry is governed by hundreds of pages of state rules that tightly regulate packaging, labeling, growing, harvesting, distribution, sales and a host of other issues to help ensure that those who shouldn’t use the product don’t have access to it. We also participate in numerous public education campaigns, and our members strive to speak with every customer about responsible use and storage.

“We are a new industry and are committed to being good members of the community.”