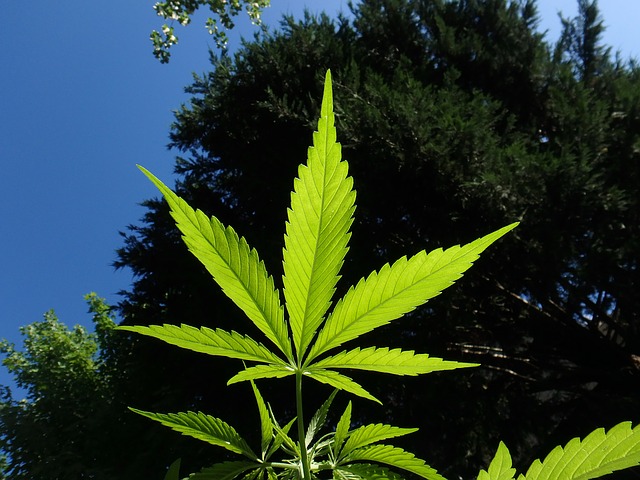 A Rise In Cannabis Research

It was January 2014 and millions of eyes were on Colorado — the first U.S. state to initiate and regulate sales of recreational marijuana.

With their state thrust into the global spotlight and attracting droves of medical “refugees” in the process, Colorado health officials saw a grand opportunity to extend that trailblazer status beyond legal weed and into the arena of cannabis research, long shackled in America because of federal prohibition.

The state offered $7.1 million in grants to bolster research on the potential risks and benefits of marijuana-derived treatments.

“The most significant thing we could do is spend the money to further the research,” Dr. Larry Wolk, the state’s health chief, told The Denver Post at the time.

In the years since, Colorado doubled-down on those efforts. More money was funneled into projects and studies, including treating PTSD, childhood epilepsy, Parkinson’s, inflammatory bowel disease and efficacy versus opioid painkillers. Public-health research has been approved related to driving, maternal use, marijuana concentrates, edibles and impacts of legalization, among others. The state became a hub for marijuana-related studies and public universities upped their games. Earlier this year, Colorado established its own institution-based research center — the Institute of Cannabis Research — at Colorado State University-Pueblo.

ICR will host its inaugural research conference early next year, drawing experts such as Raphael Mechoulam, who discovered the endocannabinoid system and is credited as the “Father of Cannabis Research,” having studied the plant for decades in Israel.

Now three years into legal marijuana sales, Colorado is not alone in its efforts. On a national and global scale, a greater focus and urgency has been put onto cannabis research.

In Canada, the nation’s marijuana task force highlighted research as a key component of its comprehensive recommendations to the government, which will draw out legalization legislation next year.

In the newly legal California, part of the behemoth $1 billion in estimated new tax revenue would go toward research. The University of California-San Diego already is home to the Center for Medicinal Cannabis Research, founded in 2000.

Washington state took a bold approach to research: Eschewing federal rules to establish a license for facilities to grow marijuana for scientific study, according to The News Tribune in Tacoma:

“The importance of it really hit home when the DEA decided not to reschedule medical marijuana (last week) because, they said, ‘we just don’t have enough research,’ ” said state Sen. Ann Rivers, R-La Center, who sponsored a bill this year to move Washington’s marijuana research license system forward.

“We need some research institutions to come up with great information that we as legislators can use as we create policy.”

The program could allow for more robust research and potentially address a frequent complaint from researchers working within federal mandates — that the cannabis provided by the feds is not terribly reflective of what’s available on the public market, said Sam Mendez, executive director of the Cannabis Law and Policy Project at the University of Washington School of Law.

“It is very difficult for researchers in the United States to actually research the plant,” he said. “This is not a new substance, and we should’ve been doing this research for many, many decades now.”

On the federal level, the U.S. Drug Enforcement Administration this year issued rulings that keep marijuana and its derivatives as Schedule I controlled substances, but the agency also made moves to ease barriers for research.

Washington could be a pioneer in how it’s structuring this cannabis research program, but it also needs to back that up with bucks, Mendez said.

“One of Washington state’s failures on this front is there hasn’t been enough money put forth to research (marijuana),” he said.

The funding woes have even hampered the creation of the cultivation license program.

The Washington State Liquor and Cannabis Board is in the rulemaking process for the marijuana research license, said Mikhail Carpenter, a spokesman for the agency. The program is on hold until the new rules can be implemented and a third-party scientific reviewer is selected, he said.

“The initial legislation that created the license directed the Board to work with the Life Sciences Discovery Fund (LSDF) as the third-party scientific reviewer; however, the LSDF was defunded during that session leaving the agency unable to move forward,” Carpenter wrote via e-mail to The Cannabist. “Last session, there was legislation that corrected the issue and the agency is writing rules to implement it.”

The state has the draft rule language out for public comment; and if no substantial changes are made, then the rules could be adopted in early 2017, opening the door for applications, he added.

Mendez voiced concern that the United States — despite some states serving as trailblazers in legal cannabis — may lose ground on understanding the plant and industry’s full future potential.

He pointed to Israel, which is dedicating money and resources to developing a medical marijuana research center.

The New York Times recently wrote about some of the efforts undertaken by private industry, researchers and even the nation’s ultra-Orthodox health minister:

Recent government efforts to regulate medical marijuana will make it more accessible and available by prescription at pharmacies. The government has also appointed a committee to examine the possibility of Israel becoming one of the few countries to allow exports, although the destination for products remains unclear.

The Volcani Center, the Ministry of Agriculture’s research organization, is building a national institute for medical marijuana research. The chief scientist’s office of the Ministry of Economy has infused millions of shekels into innovative marijuana companies, much as government investment helped fuel the Israeli tech boom in the 1990s. The government is also setting standards for the cultivation, storage and use of medical marijuana.

“It is almost unprecedented,” said Tamir Gedo, the chief executive of Breath of Life Pharma, an Israeli company permitted to grow medical cannabis and make and distribute products. “It seems the government is working faster than the private industry.”