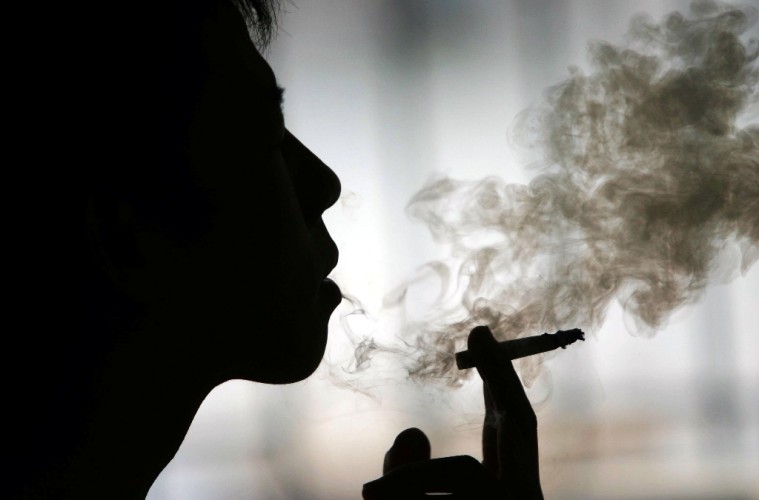 1 Gram Of Weed May Spell Prison For Native American Teen

An Oregon teenager could be sentenced to a year in prison for possessing about one gram of marijuana in a federal case that has sparked widespread outrage about the ongoing “war on drugs” – even in US states that have fully legalized cannabis.

Devontre Thomas, a Native American 19-year-old, is accused of possessing a small amount of weed – enough for about one joint – and will face a federal trial that advocates say is a waste of resources and a stark reminder that US law enforcement agencies continue to target people of color for low-level pot offenses.

The one-count charge brought by the US attorney’s office – which could also result in a $1,000 fine – is the latest illustration of growing tensions in US laws on marijuana. The drug is sold recreationally in four states but remains outlawed at the federal level.

The government’s decision to file charges against Thomas, which criminal justice experts say is a perplexing move that directly contradicts federal guidelines, has also raised questions about how the US Department of Justice enforces laws on Native American territories.

“I can’t figure out why they are going after this youth. It literally makes no sense,” said Mat dos Santos, legal director at the American Civil Liberties Union of Oregon. “I find it really hard to believe this should merit the concern of the US attorney. It’s really heartbreaking.”

The misdemeanor charge, outlined in a one-paragraph document filed in April, says Thomas “knowingly and intentionally possessed marijuana” on 24 March 2015.

Thomas’s public defender, Ruben Iñiguez, told the local paper Willamette Weekthat the charge was for “about a gram” of weed and that the case stemmed from an incident at Chemawa Indian school, a boarding school operated by the federal bureau of Indian education.

Thomas, a member of the Warm Springs tribe, did not actually have weed on him at the school – which is located in Salem, Oregon’s capital – but he may have been involved in a $20 sale of marijuana, Iñiguez told local news station KGW-TV.

It’s unclear how or why US law enforcement officials got involved, but more than a year after the alleged incident, prosecutors pushed forward with a charge that carries a maximum sentence of one year behind bars.

In Oregon, which now has a major marijuana economy, adults 21 and older can purchase and possess cannabis and are allowed to carry one ounce (which is about 28 grams).

While marijuana remains an illegal “controlled substance” under federal law, the US attorney general’s office released a memorandum in 2013 reiterating that the federal government generally relies on local agencies to address low-level cases.

Additionally, the attorney general’s so-called “smart on crime” initiativespecifically directs officials to prioritize the prosecution of the “most dangerous criminals”, Dos Santos noted.

Even if the charge is only a misdemeanor, Thomas could still face major consequences for having a federal offense on his record.

“There are significant penalties that could really interfere with his future,” Dos Santos said. The conviction could make it harder for him to obtain scholarships, employment and housing.

“He’s very, very kind and very respectful and responsible,” said Rayvaughn Skidmore, 20, who went to school with Thomas. “He’s a young, intelligent guy trying to have a life. I don’t see why good people have to go behind bars.”

Historically, black residents in Oregon have been roughly twice as likely to be cited or arrested for marijuana as white people, according to the ACLU. Civil rights advocates across the US have increasingly raised concerns about the ways in which the booming marijuana economy hasexcluded people of color, particularly those who have suffered the consequences of harsh laws.

Despite legalization in Colorado, for example, marijuana arrests have gone up for black and Latino teens but down for white adolescents, a recent state report found.

Thomas’s case is also alarming given that the US Department of Justice has a poor record of prosecuting violent crimes against Native Americans, said David Beck, professor of Native American studies at the University of Montana.

In recent years, there has been growing outrage about how the government responds to sexual assaults and rapesthat occur on Native Americanreservations.

Earl Blumenauer, a US congressman from Oregon who backed marijuana legalization, said he was shocked that prosecutors had not dropped the charges against Thomas following initial media attention.

“I’m totally flummoxed … I keep thinking that they’ll just stop. They look foolish. They will do irreparable harm to this young man for no good reason.”

Iñiguez, who is representing Thomas, did not respond to requests for comment on Wednesday. The defendant refused to plead guilty, which means the case will be heading to a trial, scheduled for 13 September.